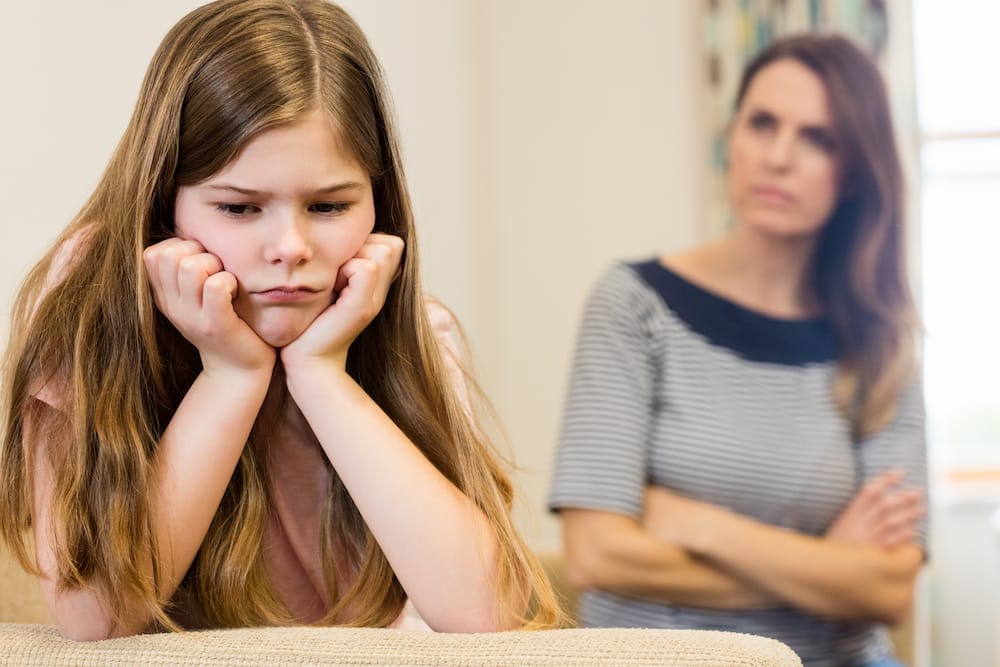 Aggressive and angry parenting practices can have long-term repercussions for a child’s brain development, new research has found.

Repeatedly getting angry, hitting, shaking or yelling at children is linked with smaller brain structures in adolescence, which can have emotional and social impact later in life.

“The implications go beyond changes in the brain. I think what’s important is for parents and society to understand that the frequent use of harsh parenting practices can harm a child’s development,” says Sabrina Suffren, lead author of the study.

“We’re talking about their social and emotional development, as well as their brain development.”

This study is the first to try to identify the links between harsh parenting practices, children’s anxiety and the anatomy of their brains.

Previous studies have already shown that children who have experienced severe abuse – such as sexual, emotional and physical abuse – have smaller prefrontal cortexes and amygdala, two structures that play a key role in emotional regulation and the emergence of anxiety and depression, which can become more extreme later in life.

In this study – from Université de Montréal and the CHU Sainte Justine Research Centre, in partnership with researchers from Stanford University – researchers observed that the same brain regions were smaller in adolescents who had repeatedly been subjected to ‘harsh parenting’ practices in childhood, even though the children did not experience more serious acts of abuse.

“These findings are both significant and new,” says Ms Suffren.

“It’s the first time that harsh parenting practices that fall short of serious abuse have been linked to decreased brain structure size, similar to what we see in victims of serious acts of abuse.”

She adds that a study published in 2019 “showed that harsh parenting practices could cause changes in brain function among children, but now we know that they also affect the very structure of children’s brains”.

The study used data from children who had been monitored since birth at CHU Saint-Justine in the early 2000s by Université de Montréal’s Research Unit on Children’s Psychosocial Maladjustment (GRIP) and the Quebec Statistical Institute.

As part of this monitoring, parenting practices and child anxiety levels were evaluated annually while the children were between the ages of two and nine.

This data was then used to divide the children into groups based on their exposure – low or high – to persistently harsh parenting practices.

“Keep in mind that these children were constantly subjected to harsh parenting practices between the ages of two and nine,” says Ms Suffren.

“This means that differences in their brains are linked to repetitive exposure to harsh parenting practices during childhood,” said Suffren who worked with her colleagues to assess the children’s anxiety levels and perform anatomical MRIs on them between the ages of 12 and 16.

Suicide rates ‘did not increase’ during early pandemic 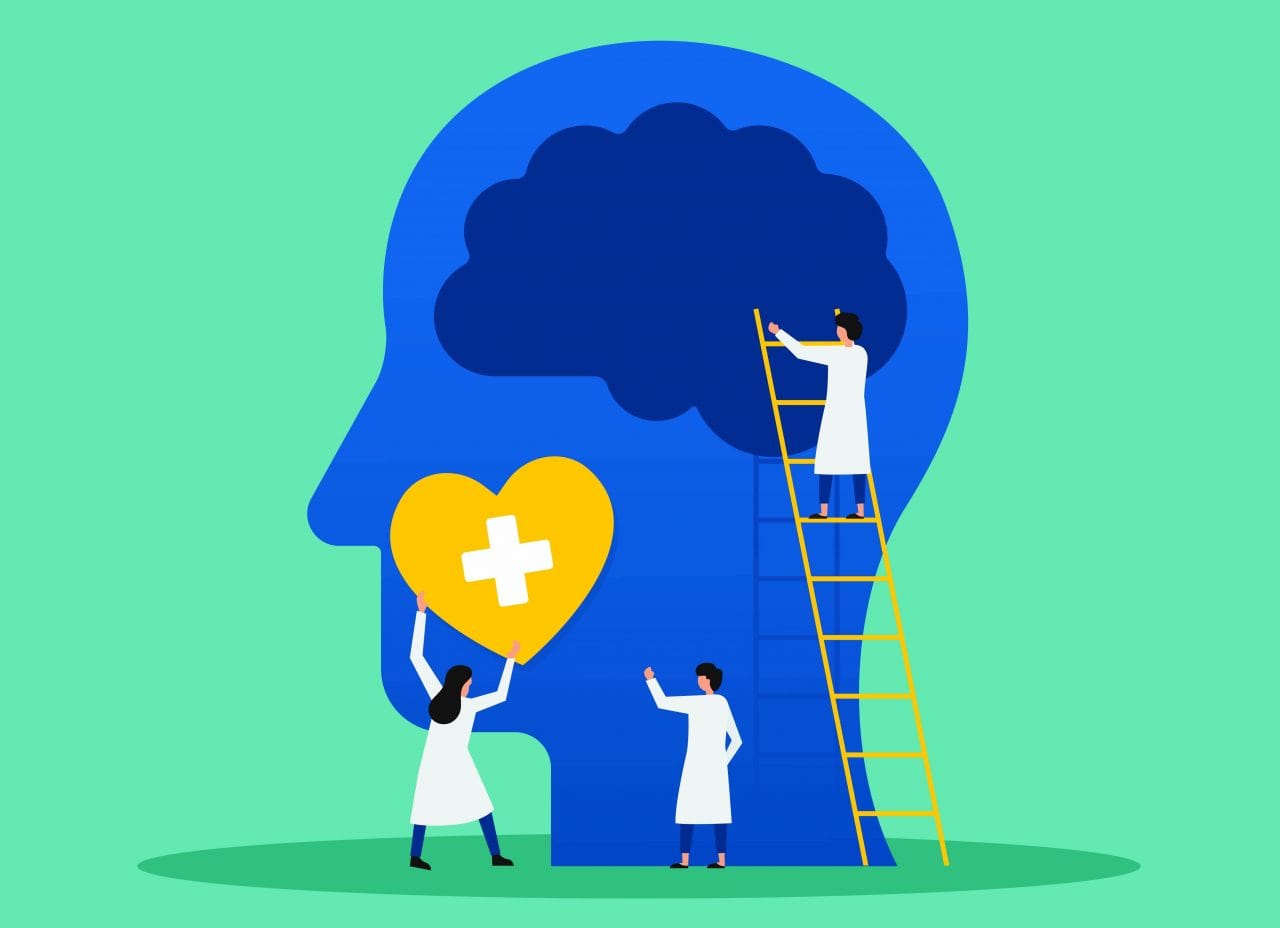 The numbers of suicides globally remained largely unchanged or even declined in the early months of the COVID-19 pandemic, compared with the levels experts feared.

Amidst the developing mental health crisis arising from the deadly virus sweeping the world, a new study has shown that between April 1 and July 31 last year, suicide levels in 21 countries worldwide did not increase.

However, the authors of the study, published in The Lancet Psychiatry journal, note that this only provides a snapshot of the early stages of the pandemic – and that governments must remain vigilant to longer-term mental health effects.

“We need to continue to monitor the data and be alert to any increases in suicide, particularly as the pandemic’s full economic consequences emerge,” says Professor Jane Pirkis, study lead author and director of the Centre for Mental Health at the University of Melbourne, Australia.

“Policymakers should recognise the importance of high-quality, timely data to support suicide prevention efforts, and should work to mitigate suicide risk factors associated with COVID-19, such as the heightened levels of stress and financial difficulties that some people may experience as a result of the pandemic.

Few studies have examined the effects of any widespread infectious disease outbreaks on suicide.

This study included around 70 authors from 30 countries who are members of the International COVID-19 Suicide Prevention Research Collaboration (ICSPRC), which was created to share knowledge about the impact of the pandemic on suicide and suicidal behaviour, and advise on ways to mitigate any risks.

They compared numbers of monthly suicides before COVID-19 – estimated using modelling of available data from at least 1 January 2019 to 31 March 2020, and in some cases ranging from 1 January 2016 – with numbers observed in the early months of the pandemic to determine how suicide trends changed during the period.

The study included 21 countries and regions – 16 high-income, and five upper-middle-income – including whole-country data in ten countries and data for 25 specific areas in 11 countries.

“Many countries in our study put in place additional mental health supports and financial safety nets, both of which might have buffered any early adverse effects of the pandemic,” Professor Pirkis says.

“There is a need to ensure that efforts that might have kept suicide rates down until now are continued, and to remain vigilant as the longer-term mental health and economic consequences of the pandemic unfold. The effect of the pandemic on suicide might vary over time and be different for different groups in the population.”

The authors note that their study did not include low or lower-middle-income countries, which account for 46 per cent of the world’s suicides and might have been particularly hard hit by the pandemic.

They also highlight that their data does not explore the association between the pandemic and suicide in different age groups, for males versus females, or for people of different ethnicities.