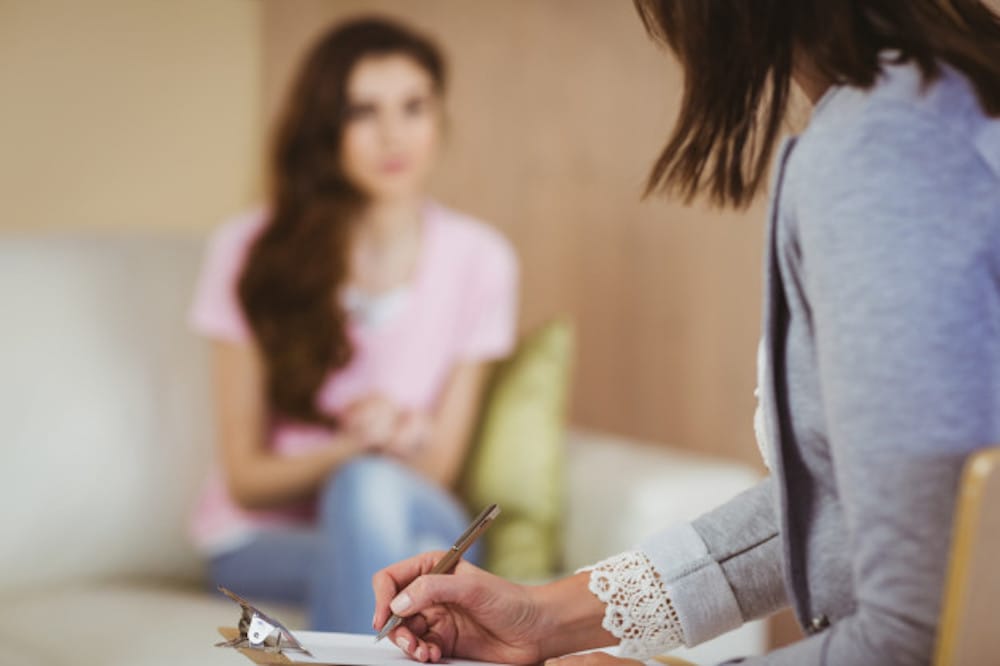 Most case managers are now making referrals to residential programmes, replacing the ‘virtual first’ approach adopted over the last four months, according to a survey by Calvert Reconnections, a neurorehabilitation residential centre in the Lake District.

However, the survey of 152 case managers also found that 85 percent feel that virtual treatment has been essential for meeting their clients’ rehab and mental health needs over the lockdown period.

As the government lifts restrictions, services across the UK, including local Headway groups, are beginning to introduce socially distanced meetings outside.

Almost nine out of 10 case managers anticipate an increase in the use of outdoor activities in rehabilitation plans for brain injured patients, according to Calvert Reconnections’ survey.

Amy Burns, clinical lead at Calvert Reconnections, said: “As the lockdown eases, brain injury case managers are looking beyond virtual rehabilitation. There is considerable support from medical research for the notion that outdoor activity is beneficial to brain injury rehabilitation.”

The family experience of brain injury

Impact during TBI can have effects years later – study 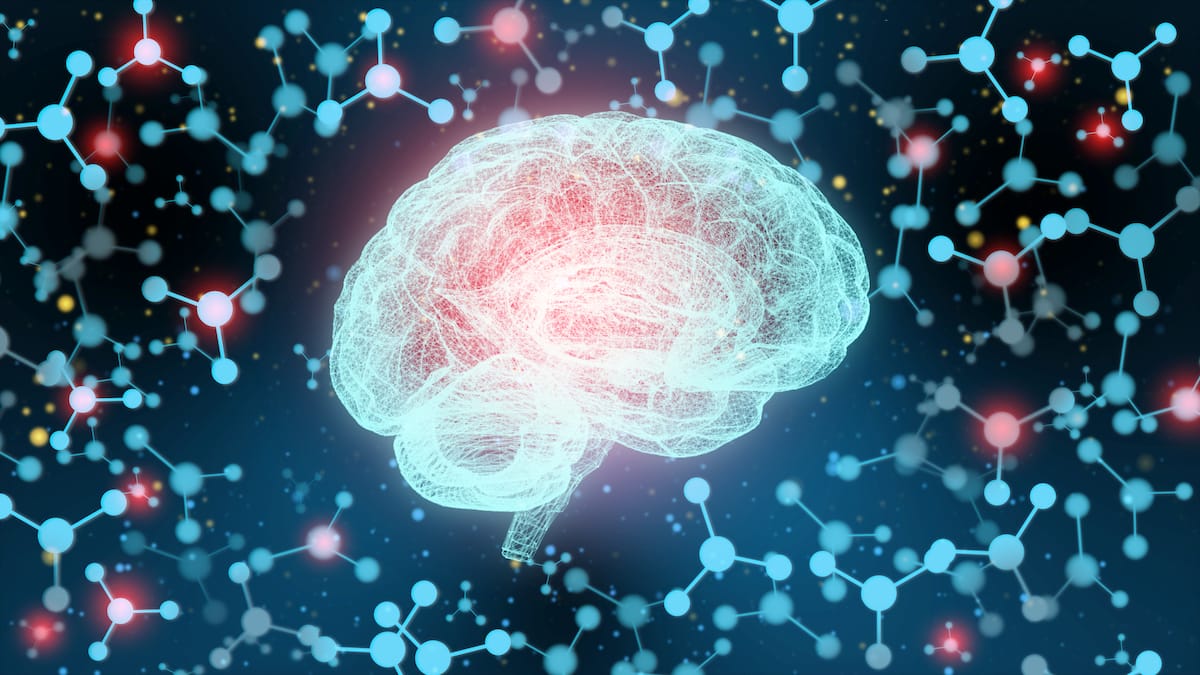 The force exerted on the brain during traumatic injury is linked to damage years after the initial event, research has revealed.

Findings of the new study have been hailed as having the potential to predict the severity of brain injuries and help influence new approaches going forward, particularly in the field of sport.

TBI has a number of immediate impacts, including physical effects like unconsciousness and bleeding, alongside the ‘hidden’ symptoms of memory loss, mood and personality changes, which may take much longer to develop.

However, the link between the mechanical forces that act on the brain during TBI and the resulting long-term changes is poorly understood.

Now, researchers from Imperial College London have shown a clear link between the forces acting on the brain during TBI and its associated long-term changes.

The study – ‘From biomechanics to pathology: predicting axonal injury from patterns of strain after traumatic brain injury’, which is published in Brain – combined a computational model of brain injury with experimental studies on rat brains.

“The initial damage during a traumatic brain injury takes only milliseconds to occur, but it triggers many changes that result in ongoing effects which can be felt years later,” says Dr Mazdak Ghajari, from the Dyson School of Design Engineering.

“Understanding the link between the two is crucial for predicting who is at risk for long-term damage, and how protection may be better designed to prevent this damage.”

The findings have the potential to make positive impacts in protective equipment, such as in the design of helmets.

Professor David Sharp, from the Department of Brain Sciences, says: “We are also looking at how the type of impacts experienced by American football players affects whether they lose consciousness, and whether new helmet designs might protect soldiers from the effects of blast waves following explosions.

“These types of studies can also help explain whether repeated small impacts, such as heading the ball in football, could lead to similar long-term brain injury.”

Now, they have tested this modelling approach to see if it can accurately predict the pattern of white matter damage in rats given mild or moderate TBI.

They simulated the rats’ brains during injury, revealing the location and duration of mechanical forces linked to damage. Using a precise experimental model, this damage was induced in the rat brain and followed up after several weeks, which correlates to years of changes in a human brain.

They found that the effect of shear stresses on the white matter helped to predict the location of long-term damage. Shear stresses push two parts of the same object, in this case the brain, in different directions.

The intensity of the shear at different locations caused by different impacts, for example what angle they come from, predicts where the most severe white matter damage will occur. This could potentially help doctors predict the likely long-term effects in patients who have suffered a TBI.

“For example, motorbike accidents involve a lot of rotational movement, which causes lots of shear. We are studying dozens of bike helmets to see which best protect against excess rotation.” 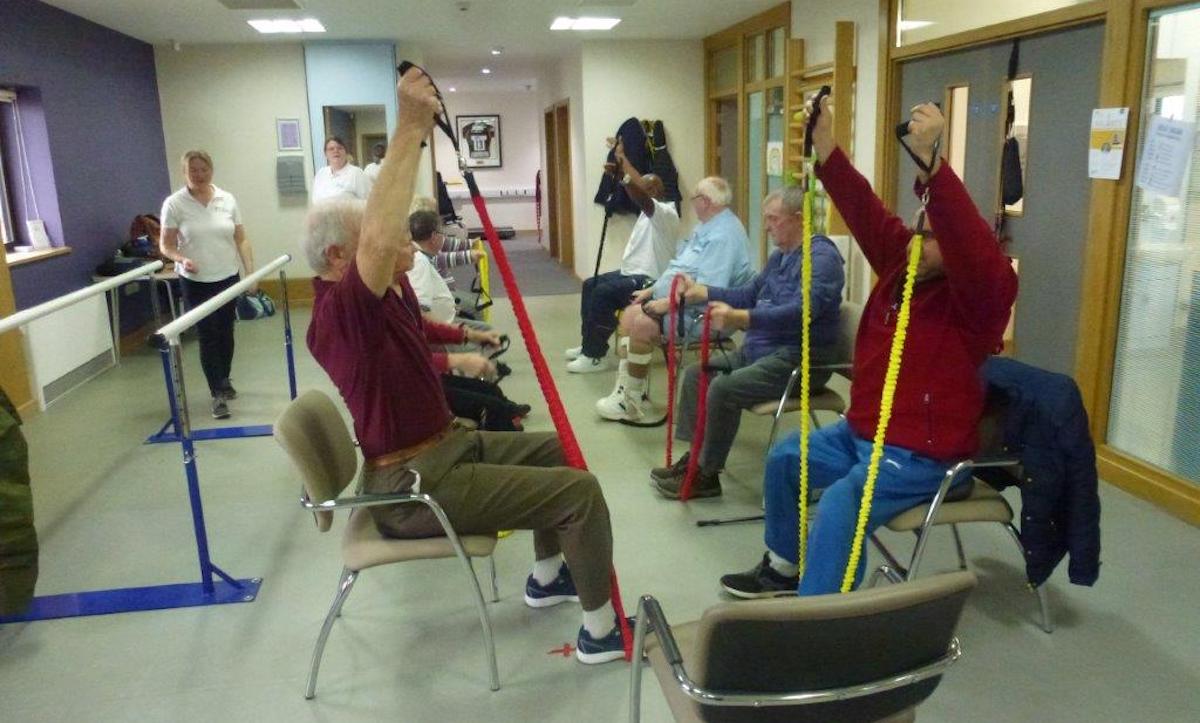 A specialist neurophysio service to support people with Post Polio Syndrome (PPS), believed to be the only programme of its kind in the country, has been created.

PhysioFunction has established a dedicated offering for people who have had polio earlier in life, but for whom some effects have returned years later with the onset of PPS.

The programme, which incorporates aquatic and land-based physiotherapy, has attracted a number of people from around PhysioFunction’s base in Northampton, but through the addition of telerehab during lockdown, has involved participants from a much wider area.

PhysioFunction engages members of the British Polio Fellowship in its programme and has also secured funding from Rotary International in recognition of its innovation.

Led by neurophysiotherapist Kirsten Good, the specialist service was created in response to the needs of one client initially, but expanded once the demand for such bespoke therapy was realised. 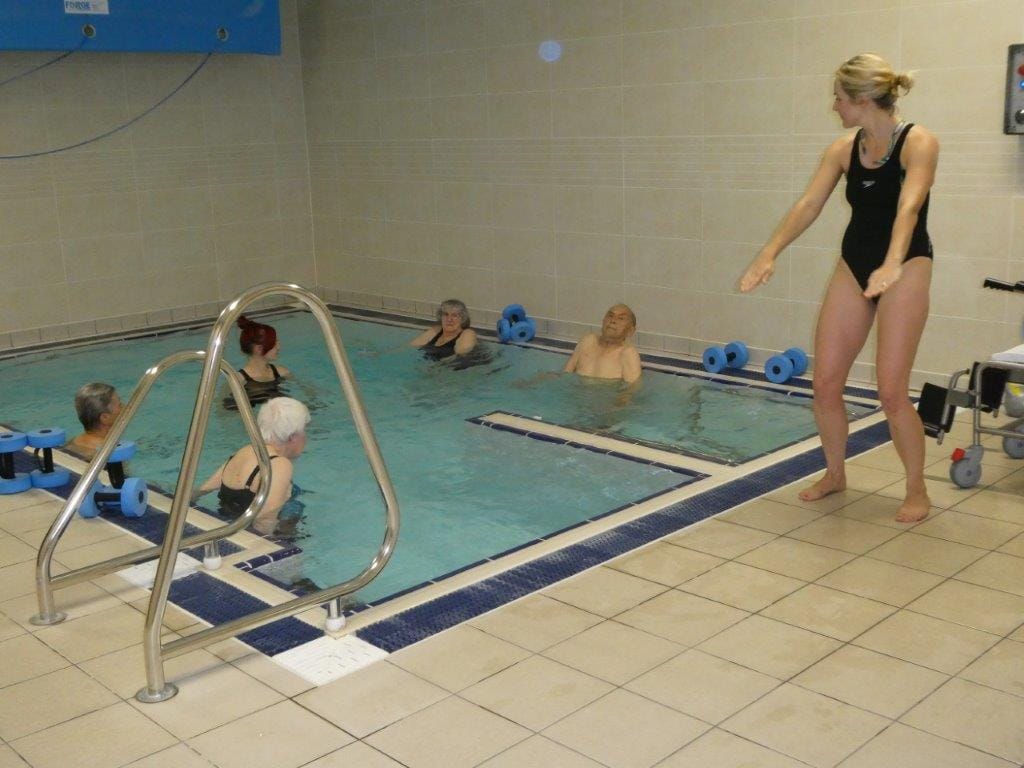 PPS is estimated to affect up to 50 per cent of those who have had polio in younger years, and its symptoms can include decreasing muscular function or acute weakness, pain and fatigue.

“Initially, it started with one client who had a hip replacement after a fall, but wasn’t recovering as expected, he went to St Thomas’ Hospital in London and was diagnosed with PPS. He had polio as a child, but the effects of the fall, combined with the operation and the recovery process, had triggered PPS,” says Kirsten.

“Having developed something very specific in response to his needs, involving our hydrotherapy pool for aquatic physiotherapy, as well as land-based physio which includes the use of our Alter-G treadmill, we saw how well this approach worked.

“I had never worked with anyone with polio or PPS previously, but it has many symptoms in common with neurological conditions I regularly treat, and working with this client inspired me to develop an interest in this area.”

From there, PhysioFunction devised a programme built to the exact needs of people with PPS, incorporating sessions of up to 30 minutes involving hydrotherapy and equipment-based exercise.

“We have a number of polio survivors attending our groups every week, and the funding we have had to subsidise the programme has made it very affordable for them,” says Kirsten, who was named a Paul Harris Fellow by the Rotary Foundation of Rotary International for her work in developing the initiative.

“It has been very warmly received and our participants have such a fantastic ‘get up and go’ attitude. Perhaps because many had polio in childhood , they have always grown up with the long lasting effects and have learned to get on with their lives – but when we say ‘Have you tried this?’ they’re really keen to give things a go. It’s a very positive group.

“Some people initially aren’t confident in getting in and out of the pool, and the adversity to temperature changes is another big factor caused by polio, so we can vary it between land and water-based as is required.

“We also have some fitness and endurance sessions, which we offer more widely at PhysioFunction, but overexertion in exercise can exacerbate PPS symptoms, so again, this has been tailored and developed to the requirements of this condition.”

The addition of telerehab to the PPS programme during lockdown was initially greeted with some scepticism, but has now been embraced.

“I’m not sure everyone was 100 per cent keen on it initially, but it has worked well. We are able to involve new participants from some distance away, who may not have travelled to our sessions, and it has continued to build our community,” adds Kirsten. 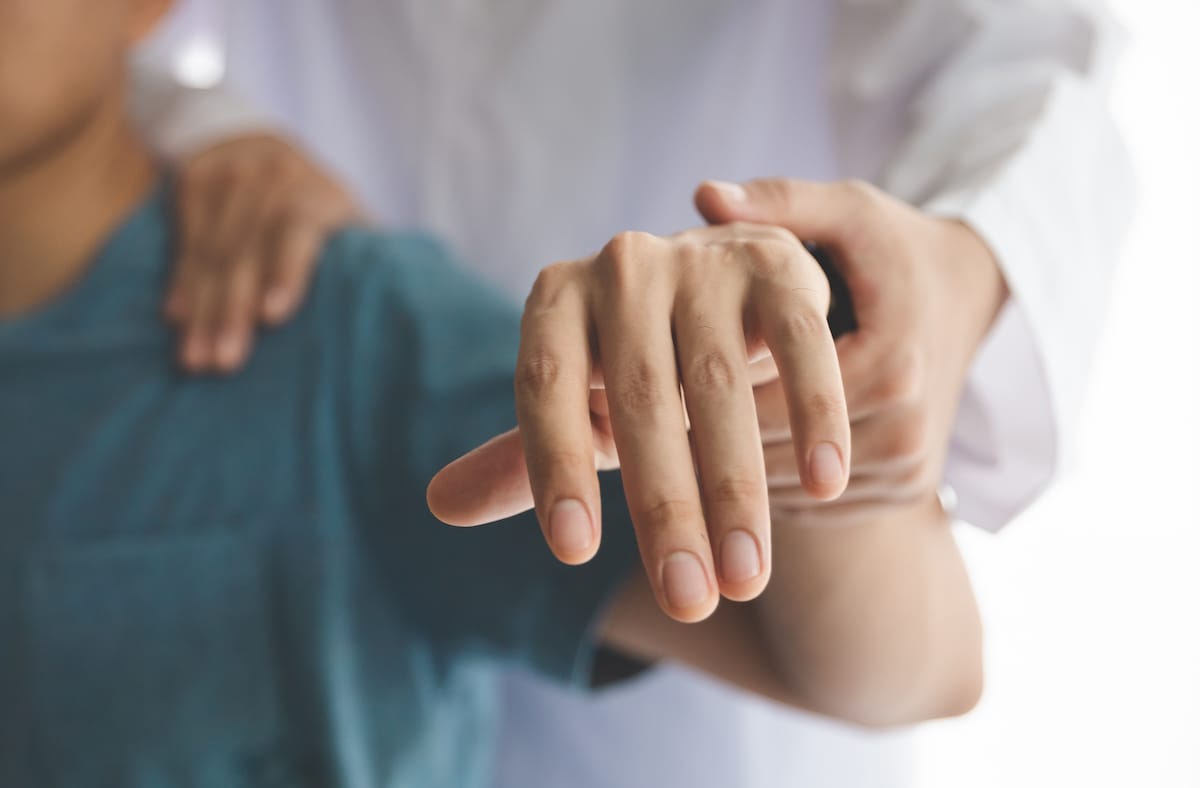 STEPS was set up by sisters Toria Chan and Jules Leahy

A residential rehabilitation centre has increased staff numbers by 300 per cent after securing investment to boost its development in the three years since its opening.

STEPS Rehabilitation was established by sisters Toria Chan and Jules Leahy to address the lack of facilities for younger patients in need of intensive neurorehabilitation.

Since opening in 2017, the Sheffield-based centre has now become a national centre of excellence for people with neurological conditions, stroke, spinal cord injuries, acquired brain injuries and other complex trauma injuries.

To date, the centre, which also offers day services, has supported over 200 people with their rehabilitation.

The 23-bedroom centre has a range of facilities to enable it to deliver specialist therapy to its clients, including a therapy gym, hydrotherapy pool, alongside social space to facilitate social interaction.

Through securing a £250,000 loan, STEPS has been able to vastly develop its offering to clients, as well as develop its operational processes behind the scenes, and staff numbers have increased from 35 to to 140 in tandem.

After an initial investment of over £1.6 million in the creation of the specialist centre, on the site of a former Sheffield engineering works, the three-year loan enabled STEPS to get to its next level of development.

The investment, from NPIF – Mercia Debt Finance, managed by Mercia and part of the Northern Powerhouse Investment Fund, has now been fully repaid.

“We have been on an incredible journey since we launched in 2017 and we are thrilled to have been able to make such a huge impact on our clients’ lives,” says business development and founder Jules.

“NPIF has been an important part in helping our dream come to fruition, with its funding helping to facilitate considerable operational improvements to help get us to where we are today.”

“Toria, Jules and the management team have put in many years of hard work and investment to make the centre what it is today – a nationally recognised rehabilitation facility.

“With future expansion plans in the pipeline, I have no doubt that STEPS will continue to go from strength-to-strength, and we are pleased to have been on that journey with them.”

“NPIF was launched in 2017 and STEPS was one of our earliest investments, so it has been excellent to watch it grow and excel over the last few years,” adds Sean Hutchinson at British Business Bank.”