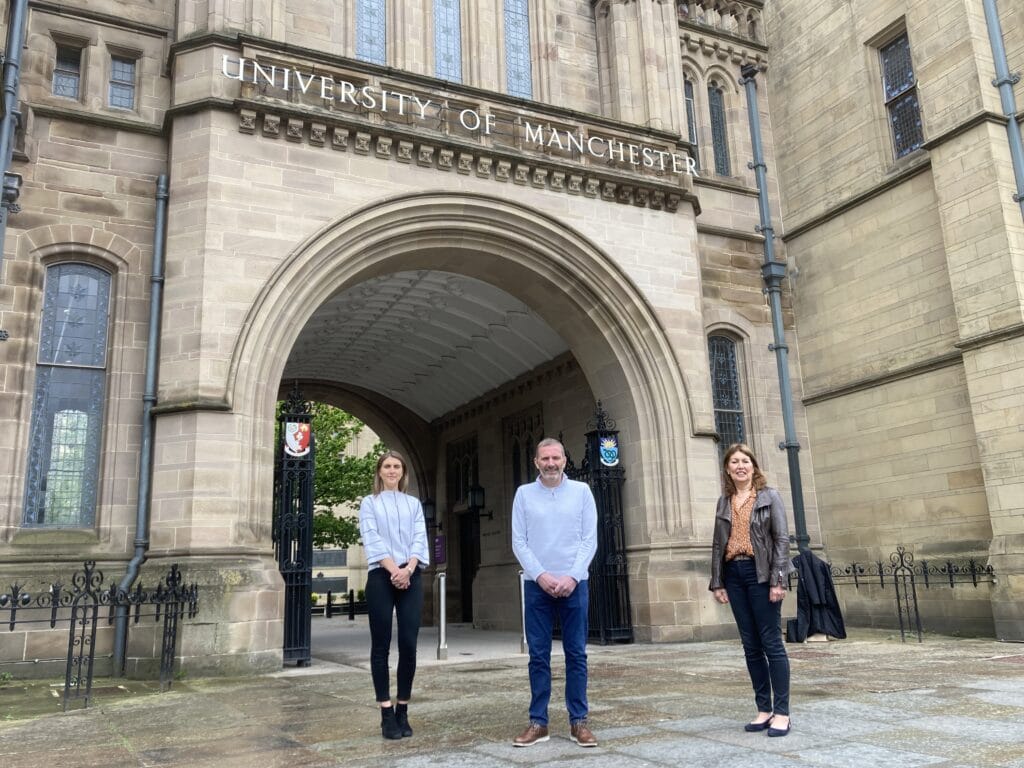 A charity established to fund groundbreaking research into the treatment and prevention of brain haemorrhages and stroke is looking for a business to partner with to help achieve its vision.

The Natalie Kate Moss Trust was established in 2012 following the death of Natalie from a brain haemorrhage aged only 26.

Since its foundation, the Trust has worked closely with the University of Manchester, a world-leading stroke research centre and also where Natalie was an alumni. 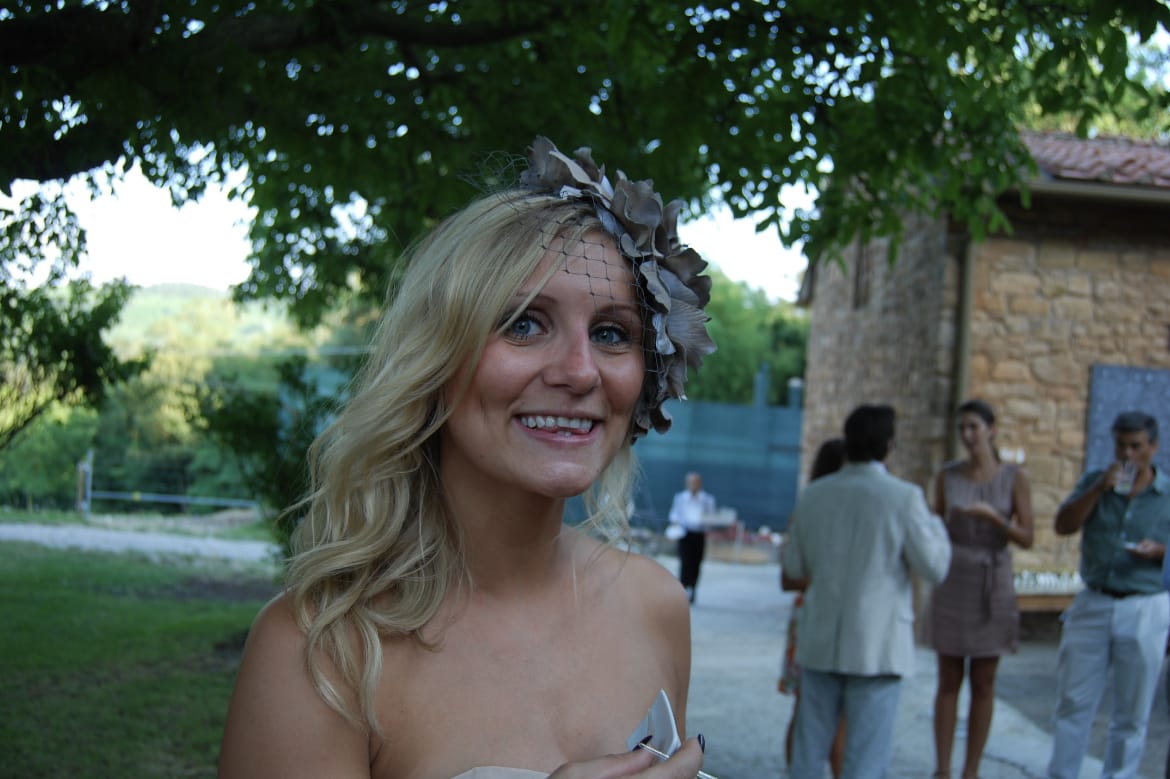 The Trust recently committed to raising £300,000 for the University, to fund further research into stroke and brain haemorrhage. The sum will fund the salary and running costs of a post PhD research fellow for three and a half years within the stroke research team at the recently-launched Geoffrey Jefferson Brain Research Centre.

Now, to help the Trust increase its support further, it is looking for a business to partner with. Three levels of partnership are on offer, which would involve an annual pledge of between £10,000 and £30,000.

Fiona Moss, Natalie’s sister and co-founder and trustee of the Natalie Kate Moss Trust, said: “Most of us have been affected, either directly or indirectly, by strokes and we want to work in partnership with a business that wants to help us to fund this world-class research and make a real change in the treatment and prevention of stroke worldwide.

“We also want a business partner that will see this as an opportunity to boost the team spirit of their workforce by encouraging them all to support this fantastic cause.”

Statistics from Brain Research UK, show that stroke occurs more than 100,000 times per year in the UK, once every five minutes. It is the fourth single leading cause of death in the UK, responsible for 35,000 deaths annually.

“This death rate has not changed in over 30 years, which is in stark contrast to other diseases where the death rates have dramatically improved,” said Professor Stuart Allan from the University of Manchester.

“There is currently no successful treatment for haemorrhagic stroke and this is a key area of research focus for the Manchester Stroke Group.”

To donate or find out more, visit nataliekatemoss.co.uk

Related Topics:strokeFeaturedResearchfundraisingbrain haemorrhage
Up Next 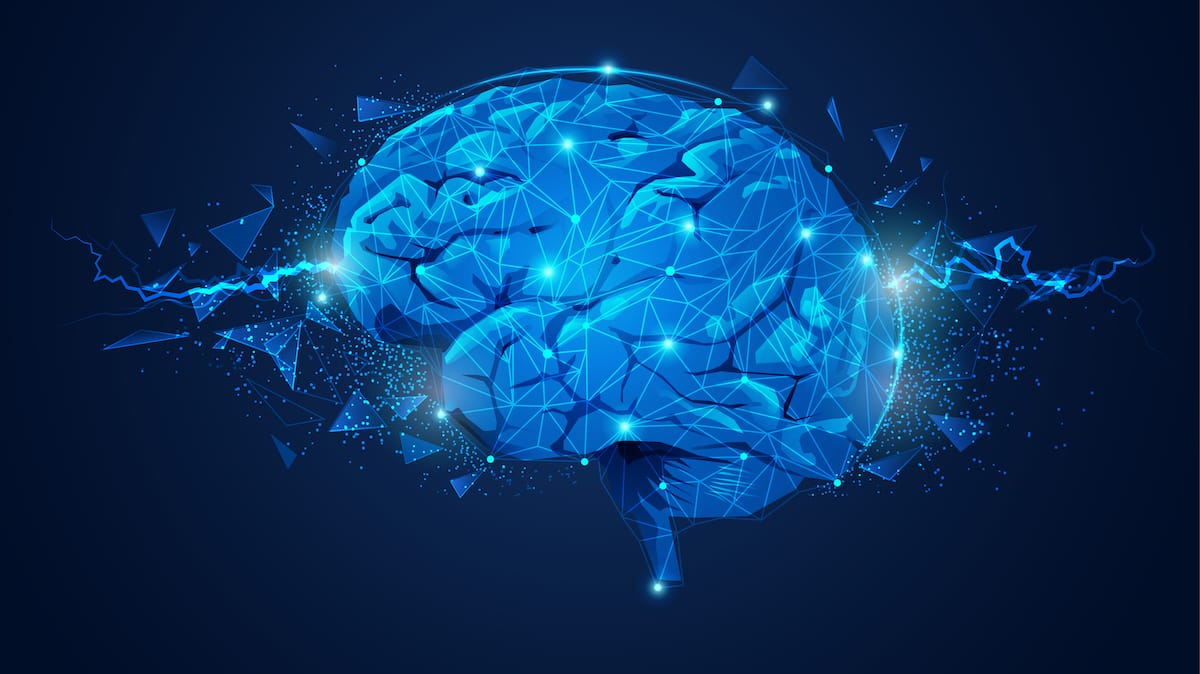 Findings from pioneering new research suggest there could be a new approach to treating one of the most common and devastating forms of brain cancer in adults – Glioblastoma Multiforme (GBM).

In a seven-year study, scientists from the University of Surrey show that a short chain of amino acids (the HTL-001 peptide) is effective at targeting and inhibiting the function of a family of genes responsible for the growth of GBM – Hox genes. The study was conducted in cell and animal models.

The HTL-001 peptide used in the study has undergone safety testing and is suitable for patient trials. These trials are now being considered in GBM and other cancers.

The study adds further progress and gives new hope in an area where advances have not been as rapid as in other cancer types.

Professor Hardev Pandha, project lead and Professor of Medical Oncology at the University of Surrey, said: “People who suffer from GBM have a five per cent survival rate over a five-year period – a figure that has not improved in decades.

“While we are still early in the process, our seven-year project offers a glimmer of hope for finding a solution to Hox gene dysregulation, which is associated with the growth of GBM and other cancers, and which has proven to be elusive as a target for so many years.”

Ironically, Hox genes are responsible for the healthy growth of brain tissue but are ordinarily silenced at birth after vigorous activity in the growing embryo.

However, if they are inappropriately ‘switched on’ again, their activity can lead to the progression of cancer. Hox gene dysregulation has long been recognised in GBM.

The project was carried out in collaboration with the universities of Surrey, Leeds and Texas, and HOX Therapeutics, a University of Surrey start-up company based on the University’s Surrey Research Park.

Professor Susan Short, co-author of the study from the University of Leeds, said: “We desperately need new treatment avenues for these aggressive brain tumours.

“Targeting developmental genes like the HOX genes that are abnormally switched on in the tumour cells could be a novel and effective way to stop glioblastomas growing and becoming life-threatening.”

James Culverwell, CEO of HOX Therapeutics, said: “HOX Therapeutics is excited to be associated with this project and we hope that with our continuing support, this research will eventually lead to novel and effective treatments for both brain and other cancers where HOX gene over-expression is a clear therapeutic target.” 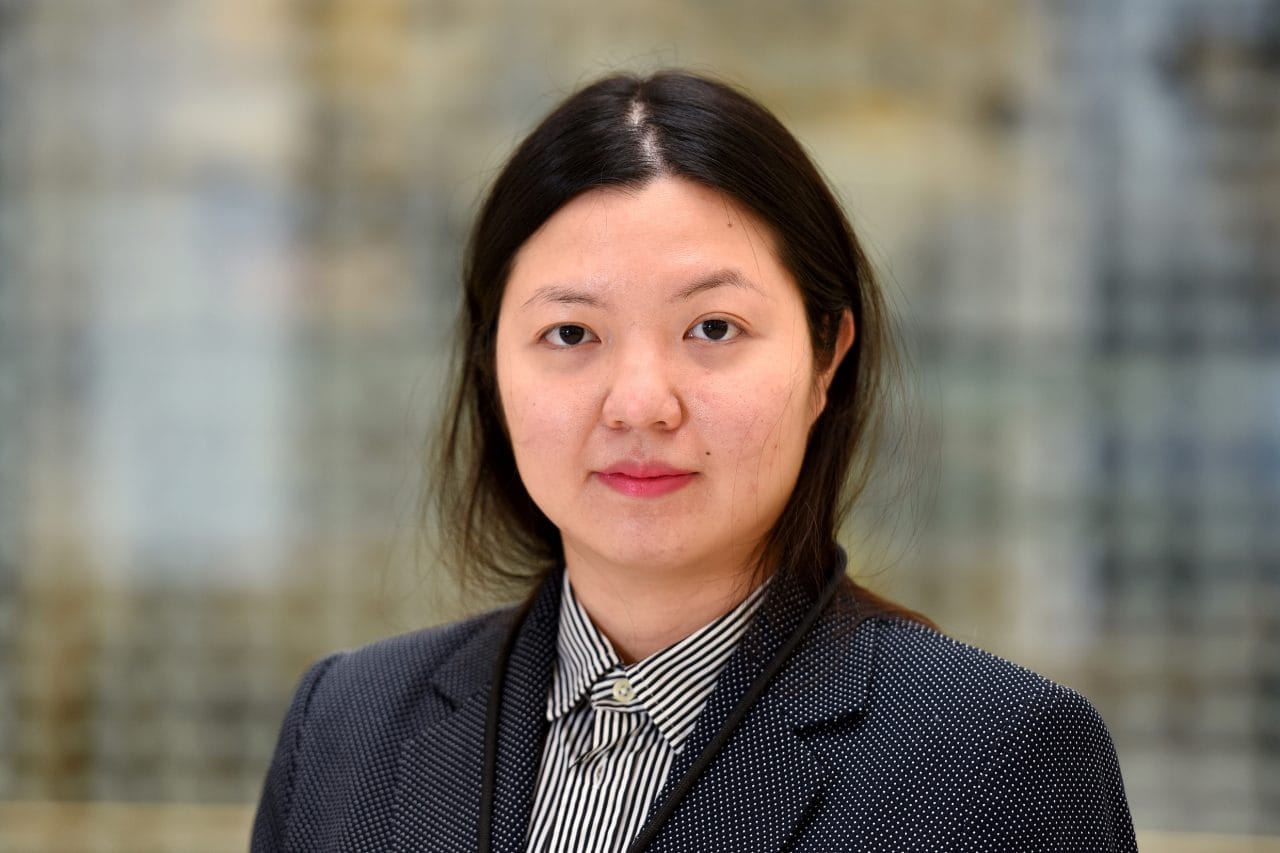 Pioneering brain cancer research has been backed by a new six-figure award, to support its ambition to advance diagnosis and treatments.

Using a multifunctional nanoscale electrochemical imaging platform, Dr E will be able to take a closer look at brain tumour cells and their processes to gain a better understanding of their biology.

The technology uses tiny electrodes to gain an extremely close and detailed visualisation of the biology of living cells.

This research project, backed by an award of £100,000, aims to explore how brain cancer reacts to different therapies on a cellular level, which will be applied to improving or designing more effective treatments for cancer patients.

It will also be able to provide insight into other neurodegenerative diseases such as Alzheimer’s in much the same way.

“Glioblastoma is one of the most devastating cancers, although its biology remains somewhat of a mystery in cancer research, with brain cancer cells being difficult to analyse using current methods of examination,” explained Dr E, who is based at Teesside University’s National Horizons Centre. 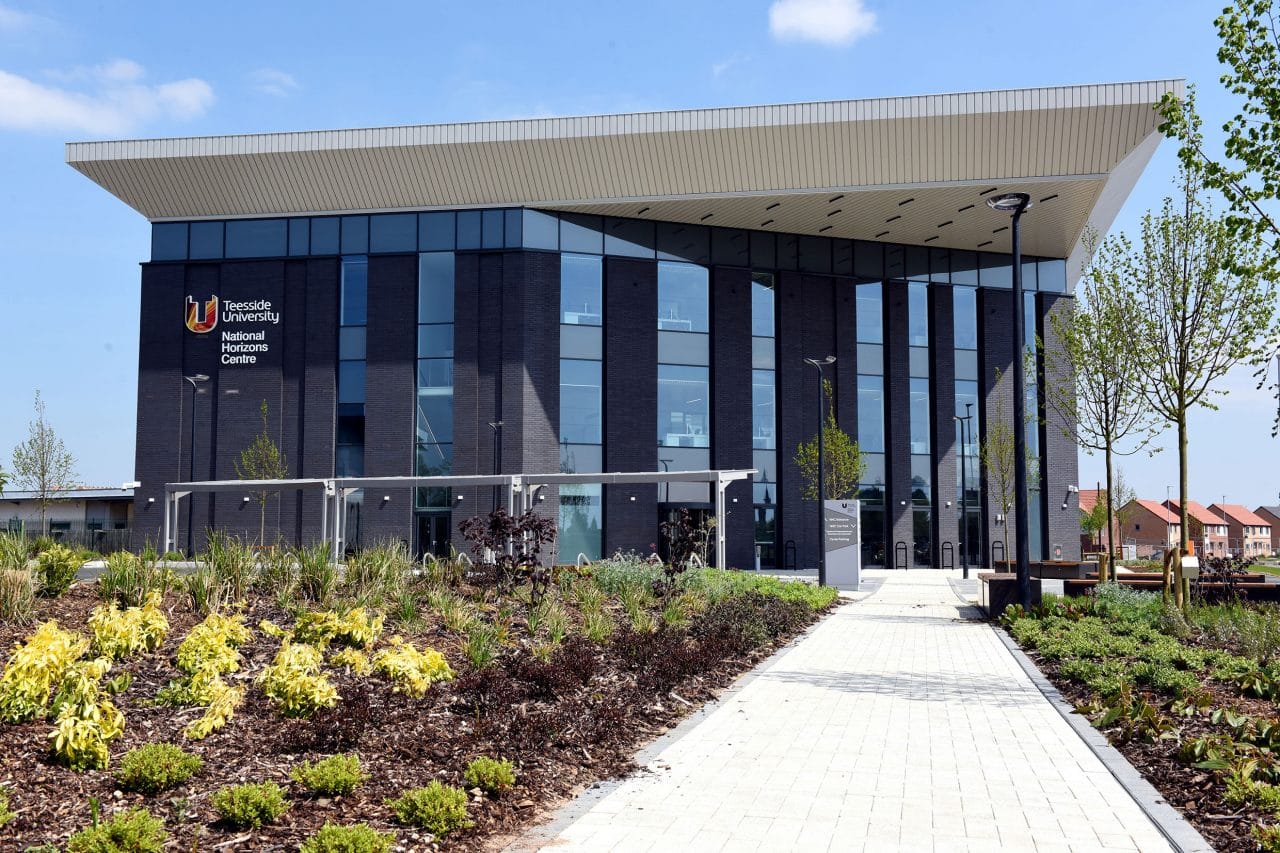 “My research will use advanced nanoscale imaging to provide a new view of the solid, liquid and gaseous processes, known as heterogeneous processes, on the cancer cells at the nanoscale, providing additional information on the glioblastoma biology which has previously been unattainable through microscopic techniques, allowing us to improve current diagnostics and treatments.”

Dr E won the grant from the Academy of Medical Sciences as part of the Springboard Award, which provides funding and career support for innovative bioscientists.

Teesside University’s National Horizons Centre, based at the Darlington campus, is a £22.3million centre of excellence for innovation and training in biosciences and healthcare, with strength in cancer research.

“We are devoted to gaining as much knowledge about cancer as we can, and our work in cancer research is particularly impressive, directly influencing the wider healthcare sector through studies which inform new and improved therapies to help real patients which is, after all, what our research is all about.

“Grants such as the Springboard Award from the Academy of Medical Sciences are extremely important and we are thrilled that Dr E has won this very substantial funding for her research.” 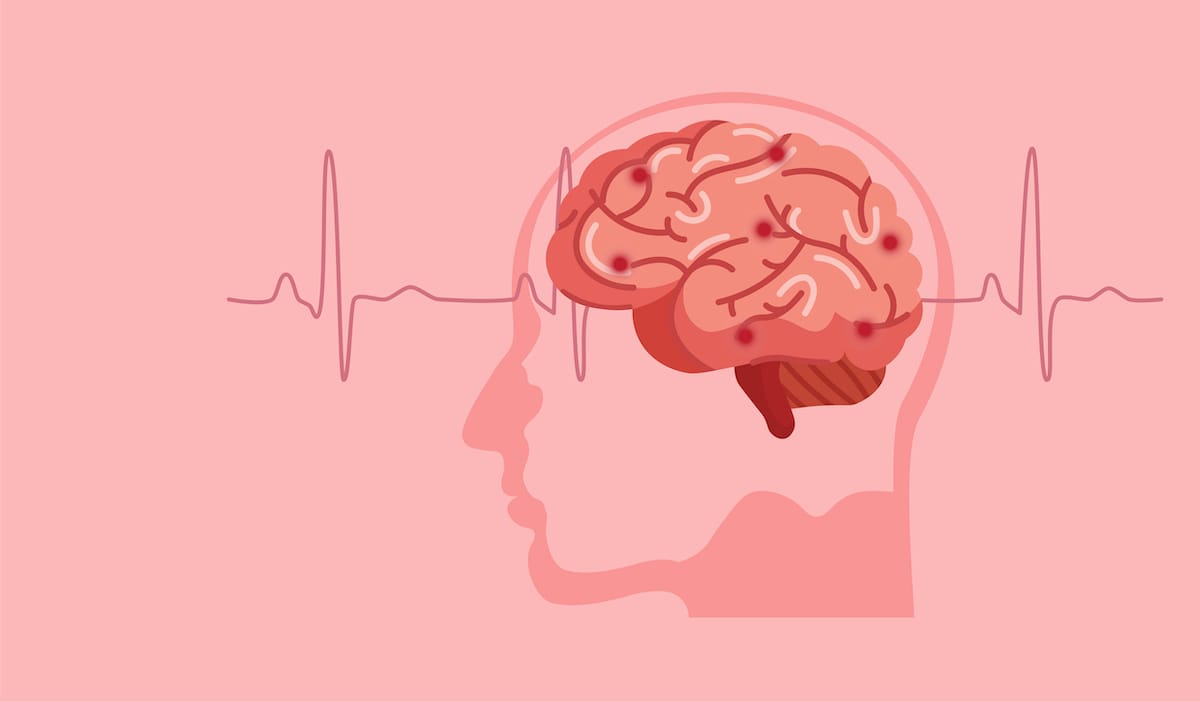 A novel method is being pioneered for the treatment of brain haemorrhage, which it is hoped could reduce the risk of brain damage and disability and increase patients’ chances of survival.

Brain haemorrhages, or haemorrhagic strokes, occur when blood leaks from a blood vessel in or around the brain and in the UK accounts for about 15 per cent of all strokes.

The reaction of the brain to the sudden presence of excess blood can lead to brain damage, disability and death – with almost a half of patients going on to die within a month as a result of suffering a brain haemorrhage.

Researchers at Nottingham Trent University are now collaborating with the University of Manchester to find a way to prevent the damage to brain cells caused by iron from the blood that builds up in the brain after a haemorrhage.

“The death rates due to brain haemorrhage have not changed for several decades. This sort of research is therefore vital to find the new treatments necessary to improve survival,” said Professor Stuart Allan of the University of Manchester.

The researchers – funded by Brain Research UK – are focusing on drugs called ‘iron chelators’, which bind to iron to prevent its accumulation in the body.

They will package these iron chelator drugs into bubbles (‘liposomes’) which can be used to more effectively deliver drugs into the body.

It can be challenging to target drugs to affected areas of the brain due to the ‘blood brain barrier’, which works to prevent potentially harmful toxins in the body from reaching it.

But the team hopes its novel approach will enable the drug to stay in the blood stream for a longer period of time and allow enough drug to get to the area of the brain that contains the bleeding, while also not exposing the rest of the body to unnecessary side effects.

The work, which will involve the use of mice and patient samples, will take about three years.

“There are severe issues related to having this blood and iron accumulation in the brain, which contributes to the death of brain cells.

“We hope our approach will prevent this excess iron from damaging neurons and other tissue and be a new approach to blocking blood induced brain damage after bleeding.

“Many of those who suffer a brain haemorrhage will sadly die and those who survive can have permanent disabilities and so the creation of new drugs is essential.

“We are aiming to find a way to enable treatment to better infiltrate the brain and to remain at the disease site for longer before more serious damage occurs.”

Caroline Blakely, chief executive of Brain Research UK, said: “We’re excited to be funding this important work by Dr Al-Ahmady and collaborators, and hope that it will prove to be an important step towards improving outcomes for patients who have suffered a brain haemorrhage.

“We are only able to fund research like this thanks to the extraordinary efforts of our supporters, many of whom are raising funds in tribute to loved ones affected by brain conditions.”