Depression in childhood or adolescence is associated with higher levels of adult anxiety and substance use disorders, worse health and social functioning, less financial and educational achievement, and increased criminality.

New research, published by Elsevier, has highlighted the impact of depression between the ages of nine and 16 as being a possible risk factor in future life.

The findings are based on the Great Smoky Mountains Study, an ongoing longitudinal community-based project tracking the health of 1,420 participants from the rural US Southeast that has been ongoing since 1993.

“One in 12 children struggle with depression at some point between the ages 9 and 16, with girls more likely to be affected than boys. This is a common childhood challenge, that, unfortunately, often goes unnoticed by the adults in children’s lives, including parents, teachers, and paediatricians,” says lead author William Copeland, professor in the Department of Psychiatry at the University of Vermont.

“The literature is clear that we have effective treatments to help children who are dealing with depression. The problem is that in the real world the majority of children with depression never receive any treatment at all and have to cope with this challenge on their own. This study highlights the consequences of this unmet need.”

Children in the study were assessed for depression symptoms through interviews with the children and one of their parents up to eight times between the ages nine to 16. These same participants were then followed up to four times in young adulthood, at ages 19, 21, 25, and 30 to evaluate their mental health and their real world functioning in terms of health, wealth, crime, and social outcomes.

A diagnosis of depression in childhood was associated with a broad range of poorer wellbeing indicators in adulthood. These links between early depression and poor adult outcomes persisted after accounting for the participants’ early exposure to adversities like low socioeconomic status, family problems, abuse and bullying.

The links were strongest for children who chronically displayed high levels of depressive symptoms across childhood rather than those that happened to report symptoms at a single timepoint. This finding is consistent with the idea that persistent depressed mood, in particular, is associated with the worst long-term adult outcomes.

Co-author Iman Alaie, a PhD student in the Department of Neuroscience at Uppsala University, Sweden says: “The participants who became depressed as adolescents actually fared worse in the long term than those who had their first bout of depression already in childhood.

“From a developmental perspective, this was quite an unexpected finding given the current recognition that earlier onset of the disorder may portend poorer outcomes.”

“Our findings underscore the importance of timely and effective treatment, but we should also consider additional support needs during the transition to adulthood,” says Ulf Jonsson, an associate professor of child and adolescent psychiatry in the Department of Neuroscience, Uppsala University.

Overall, the study affirms the public health burden from childhood depression and depressive symptoms, especially when experienced over longer periods of time.

“When we consider the burden of depression on children, their families and school, and look at this from a public health perspective, it becomes clear that we need do a better job alleviating risk factors for childhood depression when possible, having better screening processes to detect childhood depression and to use evidence-based preventions and treatments when we see that a child is at risk for depression or has developed depression,” adds Lilly Shanahan, professor in the department of Psychology and at the Jacobs Center for Productive Youth Development at the University of Zurich, Switzerland.

COVID affecting mental health ‘the norm, rather than the exception’ 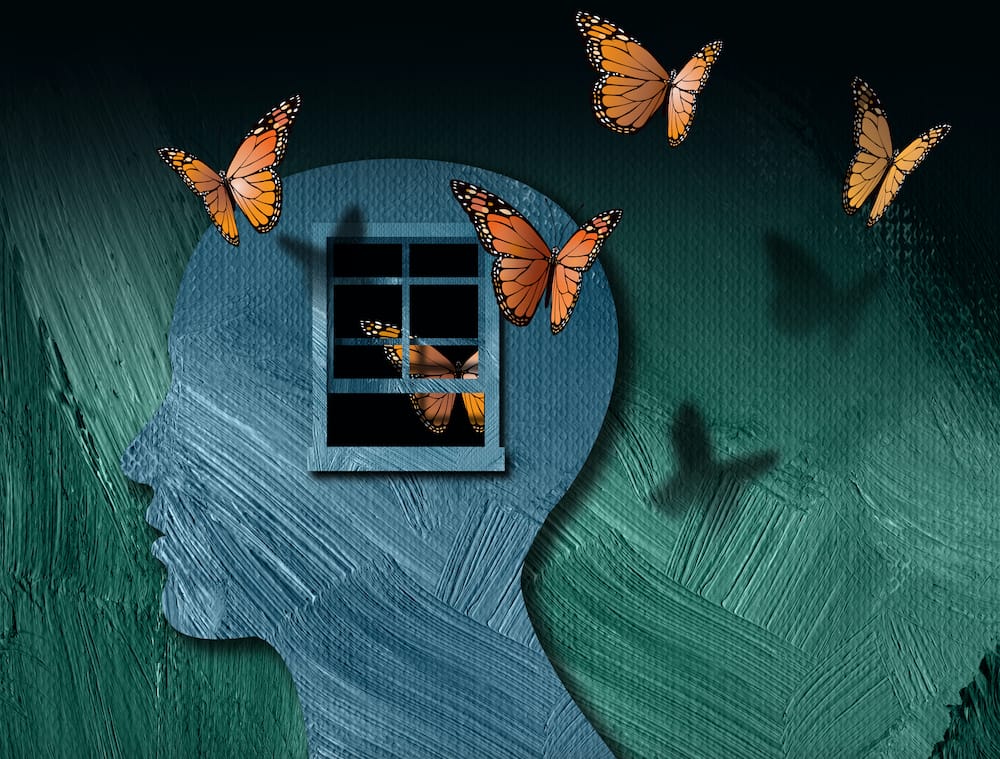 Suicidal risk and understanding how best to respond was the subject of a recent webinar for professionals working with brain and spinal injured clients.

Assessments including how to assess the different levels of risk, including looking out for red flags, primary drivers and secondary drivers, were all addressed to empower people to deal with what is a hugely difficult topic.

Life-changing brain, spinal cord and complex injuries can be significant factors in increasing suicidal risk, as a result of the huge spectrum of difficult emotions a person faces in dealing with their new reality, with this only being amplified by the ongoing impact of the pandemic.

And for the professionals dealing with clients going through such trauma, suicidal thoughts and acts can cause great distress to them and it can be difficult to know how to react and what action to take.

Dr Katherine Dawson, director and consultant clinical neuropsychologist at Sphere, says: “People hear ‘suicide’ and can panic. There is understandable fear associated with it, and often those around the individual may inadvertently respond in quite a reactive way, wanting to try and fix the issue. We recognise that this can cause significant distress and anxiety and it can be hard to know what to do in the face of suicidal risk.

“Hopelessness is the most immediate risk factor for suicide so instilling hope is essential. The assessments we will consider in the webinar outline how to assess the different levels of risk including looking out for red flags, primary drivers and secondary drivers.

“We focus on how to complete a suicide interview collaboratively, leading to a clear plan of risk escalation and services to involve at specific times.

“Through putting the spotlight on a suicide intervention management plan, we can look at this in a thoughtful and containing way, reducing the risk of reactivity and decreasing anxiety.” 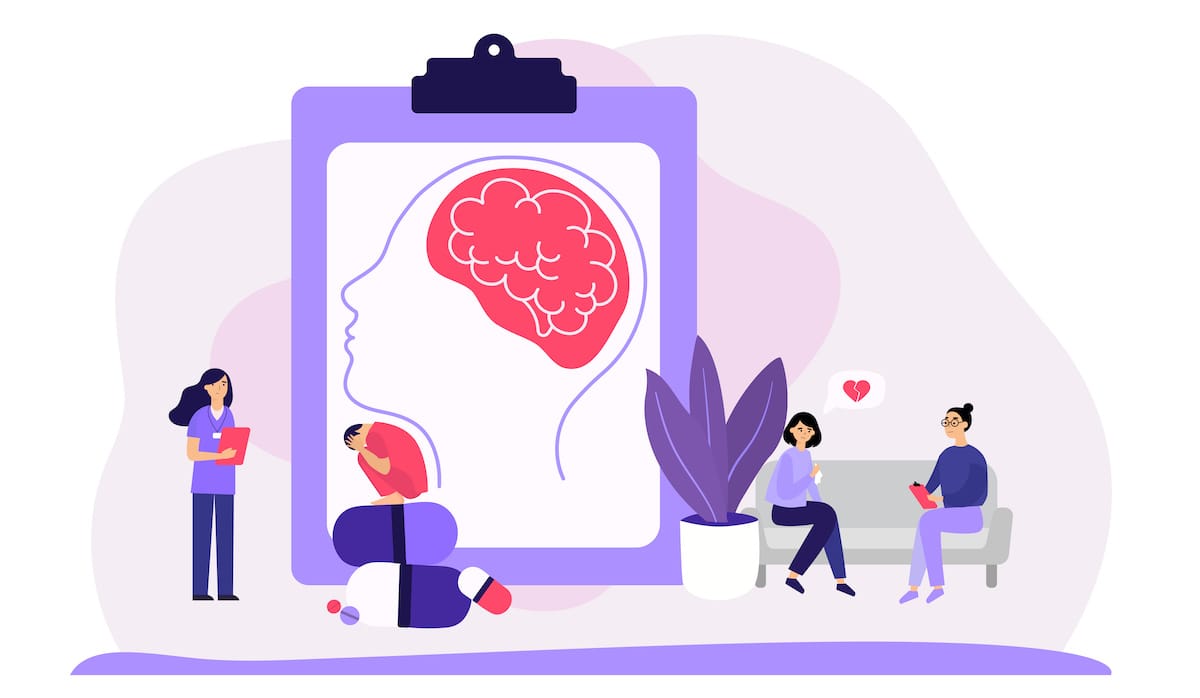 Researchers have made significant advancements in correlating aberrations in specific brain circuits with neuropsychiatric conditions like depression.

However, it remains difficult to prove that damage to these circuits causes the symptoms themselves and that targeting them with therapeutics could help patients.

By integrating brain lesion datasets with data on how two treatments – deep brain stimulation (DBS) and transcranial magnetic stimulation (TMS) – influence neuropsychiatric disorders, researchers from Brigham and Women’s Hospital and collaborators developed a new brain mapping approach that may help clarify the cause of a variety of neuropsychiatric conditions and identify promising stimulation sites to target therapeutically.

“This is a new technique that uses existing data on patients with brain damage to develop new treatment targets for real-world patients with similar symptoms,” says the paper’s corresponding author, Shan Siddiqi, of the Center for Brain Circuit Therapeutics at the Brigham.

“In principle, this should open the floodgates for researchers to study any stroke or brain injury-associated symptom to find a new treatment target for people who developed the same symptom without brain damage.”

The researchers developed their approach using data on depression and Parkinson’s disease, both of which are already associated with well-defined brain lesions and are commonly treated with DBS and TMS.

The researchers are now working to refine circuit maps for other neuropsychiatric conditions such as anxiety disorders, post-traumatic stress disorder, mania, hallucinations, and movement disorders.

Clinical trials are still necessary to determine whether physicians can relieve patient symptoms by targeting the brain circuits identified through the new approach. The authors of the study are currently conducting a trial to confirm the distinct TMS targets that they recently identified for depression and anxiety.

“Now that we have concrete evidence that lesions map to treatment targets, we can design more clinical trials to generate new treatments,” Siddiqi says.

“This approach gives us highly rigorous hypotheses about treatment targets. When we don’t know much about the brain circuitry of a particular disorder, our study shows how to find the answer to that question and turn it into new treatment targets.” 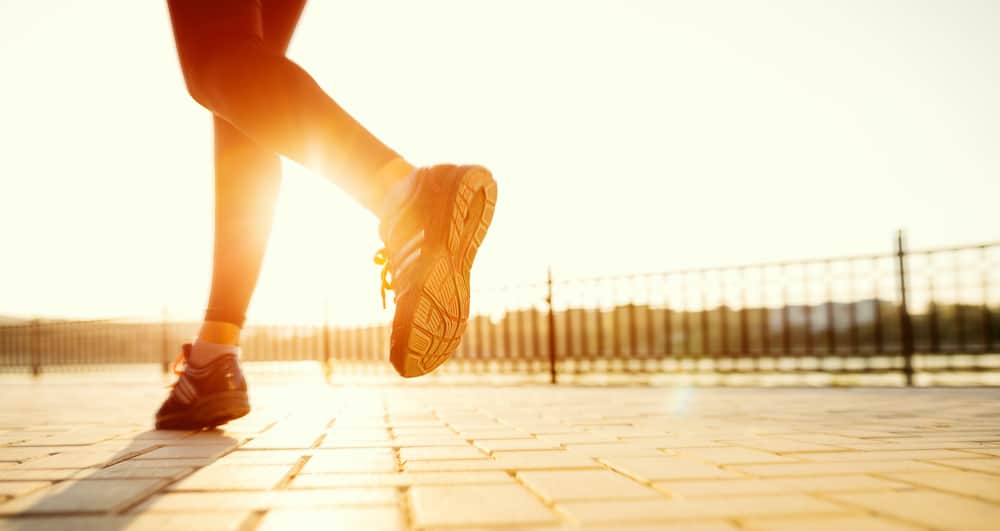 Listening to music while running could be key to improving people’s performance when they feel mentally fatigued, a study has found.

The performance of runners who listened to a self-selected playlist after completing a demanding thinking task was at the same level as when they were not mentally fatigued, the research revealed.

The study is the first to investigate the effect of listening to music playlists on endurance running capacity and performance when mentally fatigued.

Researchers at the Moray House School of Education and Sport used two tests to study how listening to music affected the running performance of eighteen fitness enthusiasts.

The groups completed a 30-minute computer-based cognitive test which put them in a mentally fatigued state before completing high intensity exercise. The runners were tested with and without self-selected motivational music.

Researchers assisted participants in choosing motivational songs with a pre-test questionnaire asking them to rate the rhythm, style, melody, tempo, sound and beat of the music.

Songs participants listened to included: Everyday by A$ap Rocky; Addicted To You by Avicii; Run This Town by Jay-Z; Power by Kanye West; No One Knows by Queens of the Stone Age; and Eye of the Tiger by Survivor.

During the exercise, heart rate and rating of perceived exertion were measured at multiple points.

The team took into account the results of a baseline test taken by participants which was without a mentally demanding test beforehand – and without the use of music.

The researchers found the interval running capacity among the mentally fatigued fitness enthusiasts was moderately greater with music compared to without music, and was the same as when the participants were not mentally fatigued.

Researchers say the positive effects of music could potentially be due to altered perception of effort when listening to tunes.

“Mental fatigue is a common occurrence for many of us, and can negatively impact many of our day-to-day activities, including exercise,” says Dr Shaun Phillips, of Moray House School of Education and Sport.

“Finding safe and effective ways to reduce this negative impact is therefore useful. The findings indicate that listening to self-selected motivational music may be a useful strategy to help active people improve their endurance running capacity and performance when mentally fatigued.

“This positive impact of self-selected music could help people to better maintain the quality and beneficial impact of their exercise sessions.”

Researchers say there are opportunities for further study into how listening to music while running affects larger and different groups of people, in different settings, and using different exercise challenges. Work in these areas is ongoing at the University of Edinburgh.