How VR is boosting injury empathy

A young girl’s struggle with a brain injury after being hit by a car is the subject of a BBC film which uses VR to help others understand the experience. Peter McCusker reports. 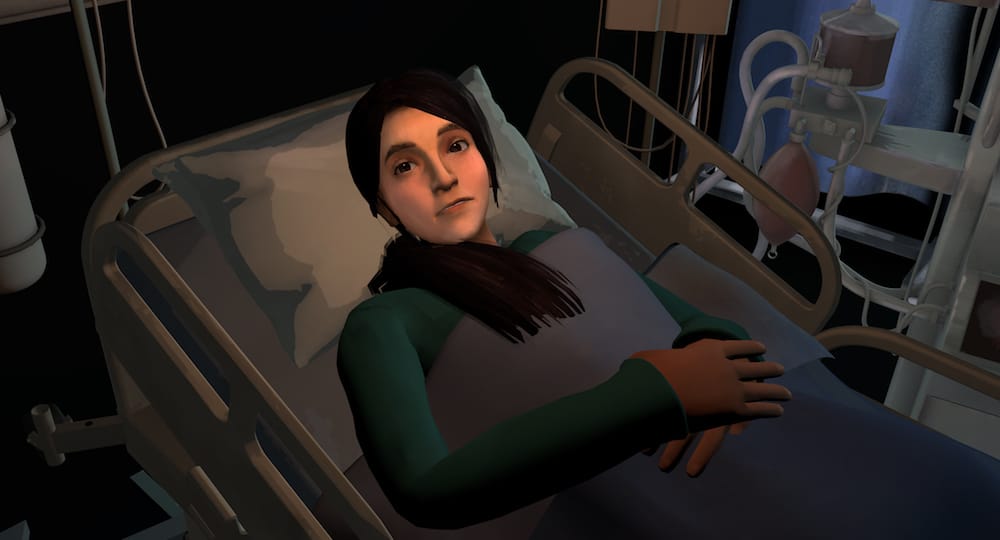 Anna Khan woke up in February 2016 adamant that it was still 2015, but the date was correct – she had ‘lost’ almost two months of her life.

The Sheffield lass had been walking home from college with her twin sister and best friend Lauren when a car hit her; she was thrown over the bonnet and landed on her head.

She says; “I do not remember any of my days in hospital. Everything I know is what my family has since told me. The last thing I can remember after my injury is one day at the rehabilitation centre around February time. I can remember waking up and being very confused about everything.

“When I regained my bearings, I was disorientated to discover that it was 2016, as my accident happened in 2015.”

From January 2016 to March 2016 Anna underwent an intensive programme of physiotherapy, speech and occupational therapy and she continues to work on her recovery today.

And, it is the ongoing battle to put her life back together that is the focus of a new piece of work from the BBC in conjunction with VR animators Aardman Animation, famous for the hit Wallace and Gromit films.

BBC journalist Camila Ruz spent months with the twins, who now live in Scotland. She explained why BBC Stories decided to approach the twins and make the piece entitled ‘Is Anna OK?’.

“We’d known for some time that we wanted to experiment with interactive VR. The creative possibilities that it offers to journalists are huge – the idea of building a world around someone and offering our audience a way of living a story rather than just passively consuming it is incredibly exciting.

“But we had been waiting for the right story. It needed to be something that would be told best in VR rather than a piece that should just have been a documentary. We were also trying to find a relatable story.

“Much of VR, and often journalism, focuses on extremes but we were hoping to create a piece that focused more on a relationship and that would really resonate with people.”

Following the collision Anna was rushed to hospital and remained in the critical care unit for a week with a broken leg, fractured face and hip, punctured lungs and the serious head injury. After spending over a month in an induced coma she slowly began to regain consciousness.

Anna said: ”Thankfully, I was able to remember my family and twin sister without any problems after my head injury.”

One of the facets of Anna’s condition is memory loss and Camila explained that initially they considered telling the story from just her perspective, but it became clear that this was a story in two halves.

“Only Anna knows what it’s like to be in her mind and only Lauren was a witness to everything. It became clear that the story could only be accurately and sensitively told if both sides were heard.”

Camila says VR is particularly good at putting the viewer/viewers in the shoes of another person enabling them to live a very different point of view.

She continued: “This seemed like a good fit for a story about traumatic brain injury – a subject that can be hard to explain to someone who has no personal experience.

“The story of twins Anna and Lauren also opened up the possibility of telling the same events from two distinct perspectives. The audience can see through the eyes of Anna and get a glimpse into her world after her injury.

“But you can also see the experience of a carer and family member through Lauren’s eyes. It allowed both sides of the story to have a voice.”

Camila spent months getting to know the twins, through visits, chats and phone calls. This saw the relationship between the three flourish and allowed Camila to collate the necessary level of every-day detail to faithfully recount their experiences.

She said: “A VR project is an odd thing to ask someone to be involved in so we wanted to take it slowly and make sure that Anna and Lauren were completely comfortable with what it would mean.

“Anna and Lauren have been extremely patient with all the strange questions I’ve asked, as well as being very brave in sharing such a personal story.”

Anna says she found the hidden effects of brain injury put pressure on her close relationships with her twin sister and younger sister.

“I used be very, very close to my two sisters, supporting them in ways which I cannot do now. I’m not as strong as I used to be and can’t talk to them like I used to. Supporting them is tough as I am too busy fixing myself.

“Hearing my sisters compare the two versions of me was painful. Comments such as ‘we used to be so close before the accident’ hurt because it upsets me that our friendships have been impacted by my brain injury,” she said.

Headway, the UK the brain injury association, has supported Anna in her ongoing recovery and provided the BBC team a wider context on the unique nature of brain injury, as well on how it affects not just the survivor but also their wider relationships.

“This is a truly innovative and imaginative way of giving people a hint of what life can be like for people living with brain injury,” said Luke Griggs, director of communications at Headway.

“We recognise that most people won’t own the equipment needed to experience this in full, but by showcasing it at festivals and events across the country, we hope more and more people will gain a better understanding of brain injury.

“We are very grateful and proud of both Lauren and Anna. Their courage to take part and share what was a very difficult time of their lives with a wider audience shows great bravery.”

Camila continued: “From the outside, Anna has made incredible progress over the time that I have known her and has been fully supported on her journey by her sister Lauren. “It’s actually been a real privilege to get to know both of them and to spend time with the whole family as we’ve made this VR experience.”

The film was launched in late October and within a few days it had recorded over 1,000 views.

Camila added: “We’ve been thrilled with the reaction to our story. The live experience version in particular seems to be capturing people’s interest. This is where the VR is experienced within a set and two people can go through it at the same time, as a different twin.

“They can then share their experiences and work out the full story together. It helps challenge the idea that VR has to be something solitary and also starts conversations between people about brain injury – a subject they may never have thought much about before.”

A new era in filmmaking?

Anna and Lauren’s story has been brought to life by BBC Stories in collaboration with the teams at BBC Studios Digital and Aardman Animations, and published by BBC VR Hub.

The BBC says ‘Is Anna OK?’ ‘takes viewers through an emotional journey piecing together the two sides of a true story exploring brain injury’. The VR production format ‘allows participants to assume the roles of 20-year-old twins Anna and Lauren, with the aim of discovering how their lives are changed by this catastrophic event,’ they say.

The BBC’s collaboration with Aardman Animations on ‘Is Anna OK?’ follows on from a previous joint piece of work in 2016.

This VR collaboration ‘We Wait’, is a dramatised depiction of migrants making the journey from Turkey to Greece on smugglers’ boats.

Based on accounts gathered by BBC News and bought to life by Aardman, it tells the stories of refugees, whilst placing viewers at the heart of the story. Aardman’s founders, David Sproxton and Peter Lord, became friends at school and started their adventures in animation from a kitchen table in David’s family home in 1972.

Their first work was for the TV children’s programme ’Take Hart’ and since then they have gone on to creating memorable stories and timeless animated characters which have become household names – including Wallace and Gromit, Shaun the Sheep and Morph.

Is Anna OK? has been featured at film and technology festivals across the country, including Edinburgh TV Festival, Sheffield Documentary Festival, and the 2018 Raindance Film Festival, where it was shortlisted for two awards.

Is Anna OK? is available on the BBC website and the Oculus Store for Oculus Rift. 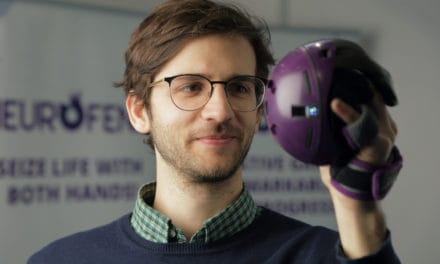 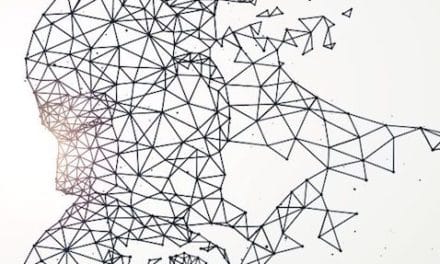 The role of a serious injury lawyer in rehabilitation 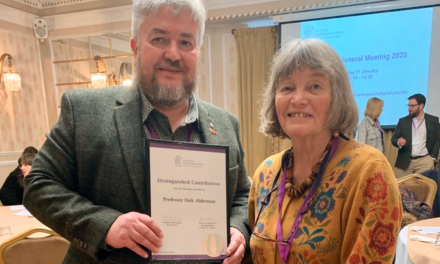 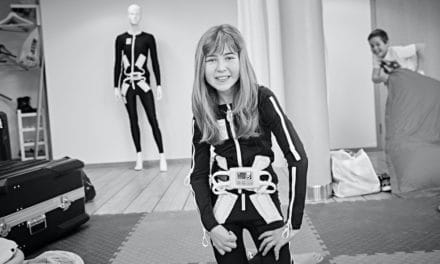 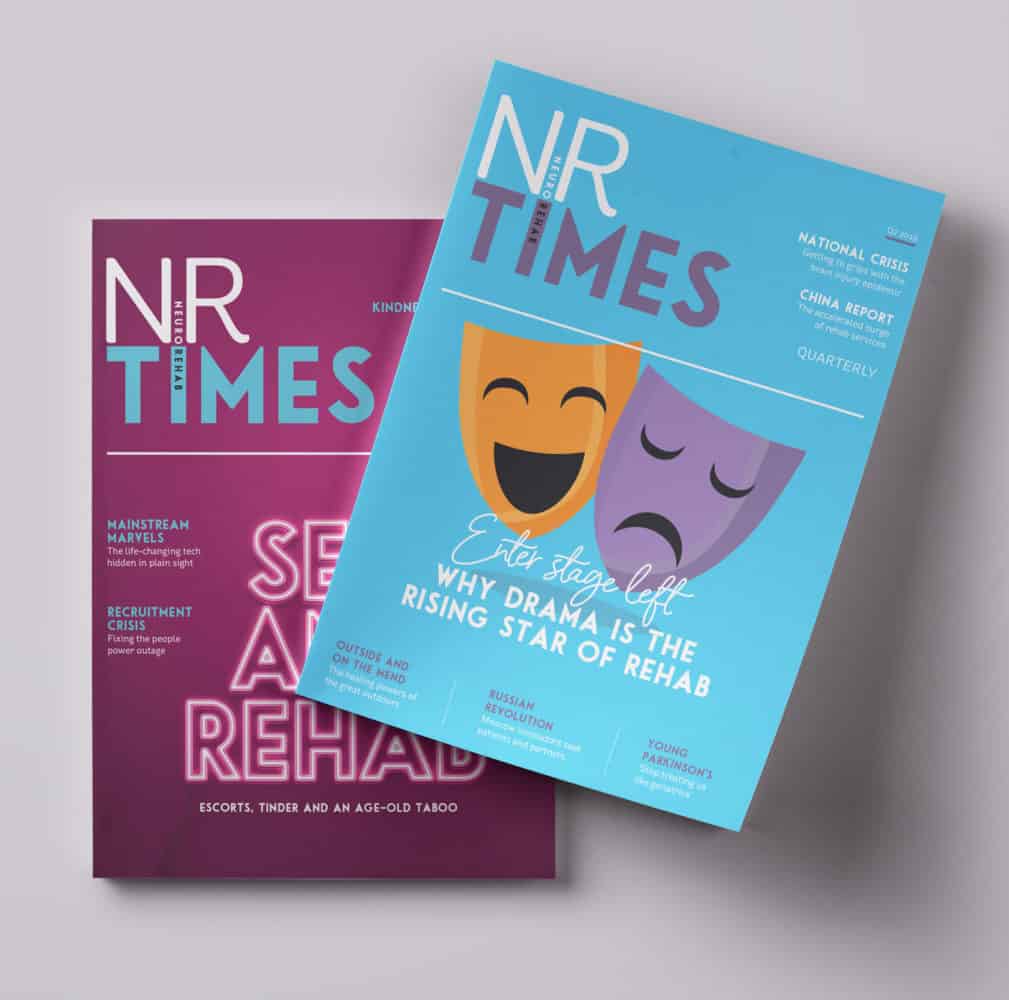