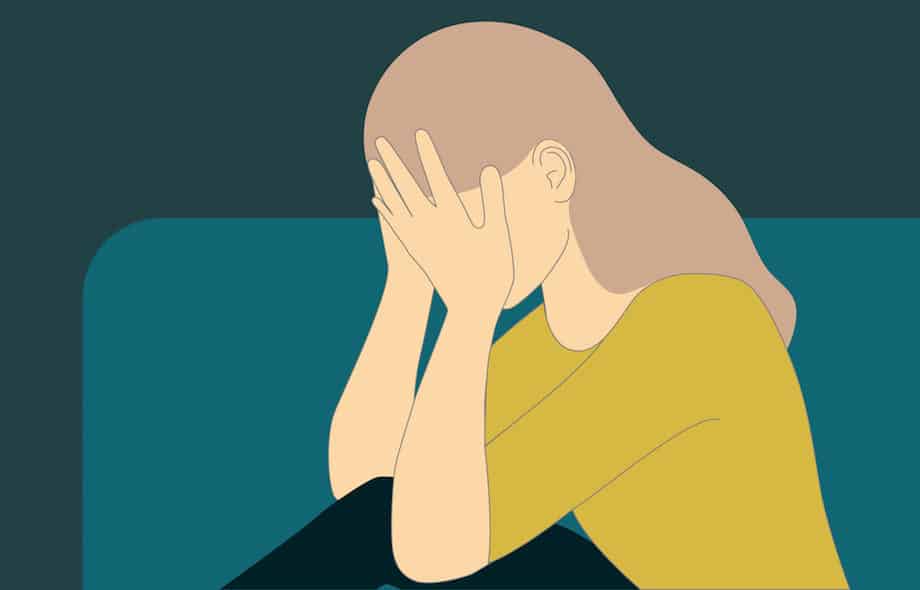 Depression is common in people with multiple sclerosis (MS), and a new study shows that people with both conditions may be more likely to die over the next decade than people with just one or neither condition.

The study also found that people with MS and depression have an increased risk of developing vascular disease such as heart attack and stroke.

“These findings underscore the importance of identifying depression in people with MS as well as monitoring for other risk factors for heart disease and stroke,” said study author Dr Raffaele Palladino, of Imperial College London.

“Future studies need to be conducted to look at whether treating depression in people with MS could reduce the risk of vascular disease as well as death over time.”

The study involved 12,251 people with MS and 72,572 people who did not have MS. Researchers looked at medical records to see who developed vascular disease or died over a period of 10 years.

The researchers found that people with both MS and depression had a mortality rate from any cause of 10.3 cases per 100,000 person-years.

Once researchers adjusted for other factors that could affect the risk of death such as smoking and diabetes, they found that people with both conditions were more than five times more likely to die during the next decade than people with neither condition.

After adjusting for other factors, researchers found that people with both conditions were more than three times as likely to develop vascular disease as people with neither condition.

“When we looked at the risk of death, we found that the joint effect of MS plus depression equaled more than the effect for each individual factor alone—in other words, the two conditions had a synergistic effect,” Dr Palladino said.

“A total of 14 per cent of the effect on mortality rate could be attributed to the interaction between these two conditions.”

A limitation of the study was that researchers did not have information on risk factors such as body mass index (BMI), which could affect the risk of vascular disease and death.

Could childhood trauma lead to MS in women? 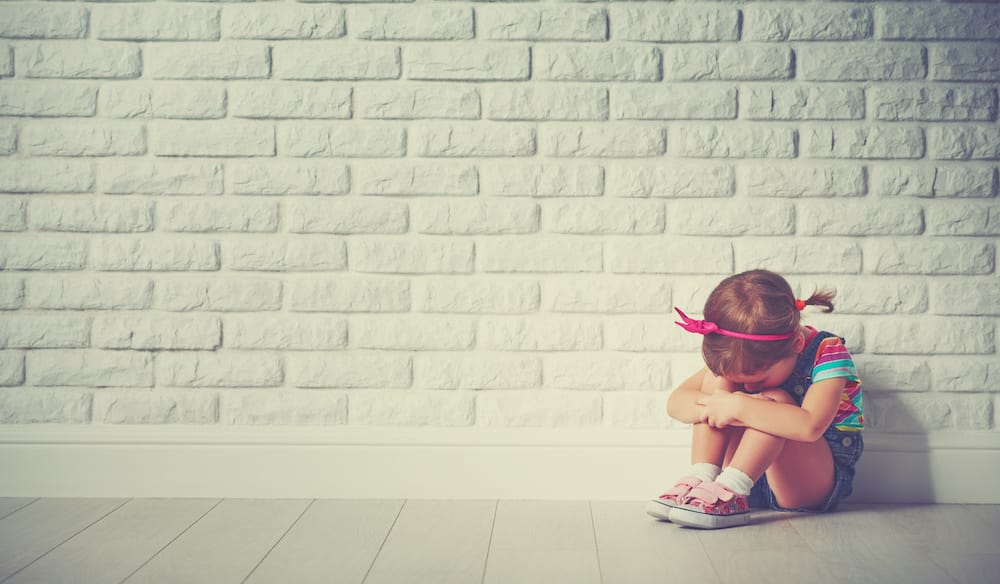 Childhood trauma may be linked to a heightened risk of multiple sclerosis (MS) in later life among women, new research has found.

The associations were strongest for sexual abuse and for experience of several forms of abuse, the findings show.

The evidence suggests that childhood trauma can alter the immune system and may increase the risk of autoimmune disease.

Abuse, neglect, and a chaotic home life are also associated with a heightened risk of poor mental and physical health in adulthood.

In this study, researchers drew on participants in the nationally-representative Norwegian mother, father and child cohort study.

Information on childhood abuse before the age of 18 was gathered through questionnaire responses, while confirmation of MS diagnoses was obtained from linked national health registry data and hospital records.

The women with a history of abuse were more likely to be current or former smokers – a known risk factor for MS – to be overweight, and to have depressive symptoms.

Some 300 women were diagnosed with MS during the monitoring period, nearly 1 in 4 of whom said they had been abused as children compared with around 1 in 5 of those who didn’t develop MS.

After accounting for potentially influential factors, including smoking, obesity, educational attainment, and household income, the team concluded that women who had been abused as children were more likely to be diagnosed with MS.

Similar results were obtained after the researchers excluded women who might have been in the early (prodromal) phase of MS when obvious symptoms had yet to appear.

And the association also persisted when women who had already been diagnosed with MS at the start of the study were included.

“Better understanding of the risk factors and timing of risk exposures, may open doors for prevention and give further insight to disease mechanisms,” the researchers conclude.

Pandemic ‘raised depression and anxiety’ for people with MS

Depression, anxiety and loneliness all increased significantly during the COVID-19 pandemic among people living with multiple sclerosis (MS), a new study has revealed.

The study revealed 54 per cent reporting ‘new’ depression, and 33 per cent ‘new’ anxiety.

Increases in loneliness affected all people with depression and anxiety, whether symptoms were new or pre-existing.

The findings raise new concerns for treating mental health issues among people with MS, the research team said, adding to the already-known impact of social restrictions of the COVID-19 pandemic among the general population. 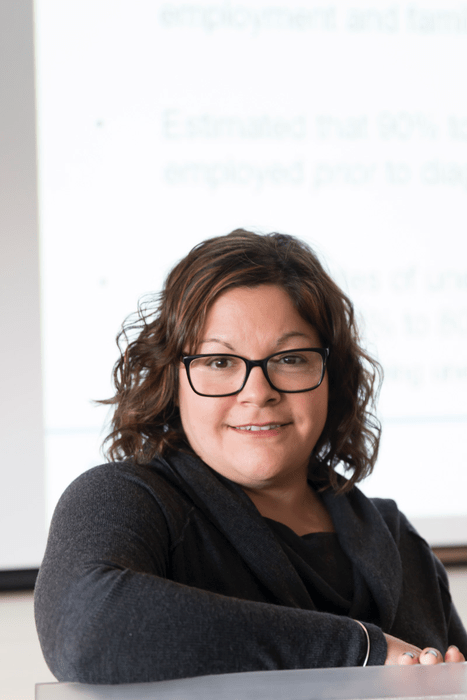 “We found that ‘new’ depression and anxiety appeared to be related specifically to the pandemic,” reported lead author Dr Lauren Strober, senior research scientist in the Center for Neuropsychology and Neuroscience at Kessler Foundation.

“Also, we saw no association with the person-specific factors commonly associated with depression and anxiety in individuals with MS, namely, personality and self-efficacy.”

The MS research comes shortly after the “catastrophic” impact of lockdown on people living with Parkinson’s was revealed, with exacerbation of symptoms being a common occurrence.

The findings of this study have important implications for the treatment of mental health issues in MS, the Kessler Foundation team said.

The restrictions of the pandemic have been shown to lead to greater levels of loneliness in vulnerable communities, and must be addressed, said the team.

“Clinicians need to be aware of the heterogenous nature of depression and anxiety in their patients with MS, and approach treatment accordingly,” said Dr Strober.

“Individuals with new symptomatology will benefit from cognitive behavioral interventions that stress coping, positive mental health habits, and encouragement to connect with others despite the pandemic, while individuals with pre-existing symptoms may respond to those aimed at improving self-efficacy and other more fundamental factors of emotional distress.” 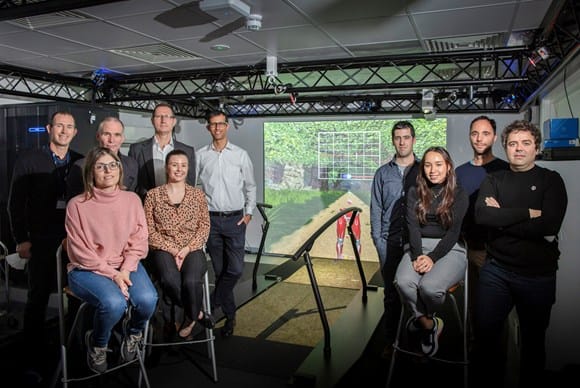 A global pharmaceutical company is working with a UK university to test a new app to help people with multiple sclerosis (MS) better manage their symptoms.

Floodlight MS is a science-based smartphone app that enables people living with MS to objectively assess their physical and cognitive function in between medical appointments.

The app creates for clinicians a record of data to inform future conversations and enrich clinical decisions.

Roche has a longstanding relationship with Professor Jeremy Hobart and the MS research group at the University of Plymouth to co-design projects that help improve the quality of life for people with MS.

Identifying a collaboration that could help move the new app forward, Professor Hobart made an introduction to the Motor Control Lab in the University’s new Brain Research and Imaging Centre (BRIC).

The lab, led by Professor in Rehabilitation, Jon Marsden, contains world-leading technology that will enable Roche to test and validate the app’s accuracy, while continually feeding the results into product development.

The work will see participants use Floodlight MS on provided mobile phones, with researchers independently exploring if the measures recorded by the device are comparable to the measures of movement quality recorded in the lab itself, therefore ensuring that the app is working as intended.

Licinio Craveiro, principal global medical director for Roche, said: “Roche’s mission is to ‘do now what patients need next’, so we’re looking to design, build and test solutions to help people overcome some of the world’s biggest health challenges.

“To do this, we need state-of-the-art technology and science at our fingertips, so we were delighted to be introduced to Professor Marsden and his team at the Brain Research and Imaging Centre.

“We’re really looking forward to testing and moving Floodlight MS forward to help people with MS to manage their condition.”

Professor Marsden said: “BRIC contains world-leading technology to understand human movement, behaviour and neurological conditions, and the Motor Control Lab is all about understanding how we control movement and functional ability and how it is affected by pathology.

“We were pleased to collaborate with Roche on an innovative project to validate the Floodlight MS app and, as with everything we do in research, we look forward to seeing the product help people who need it most.”