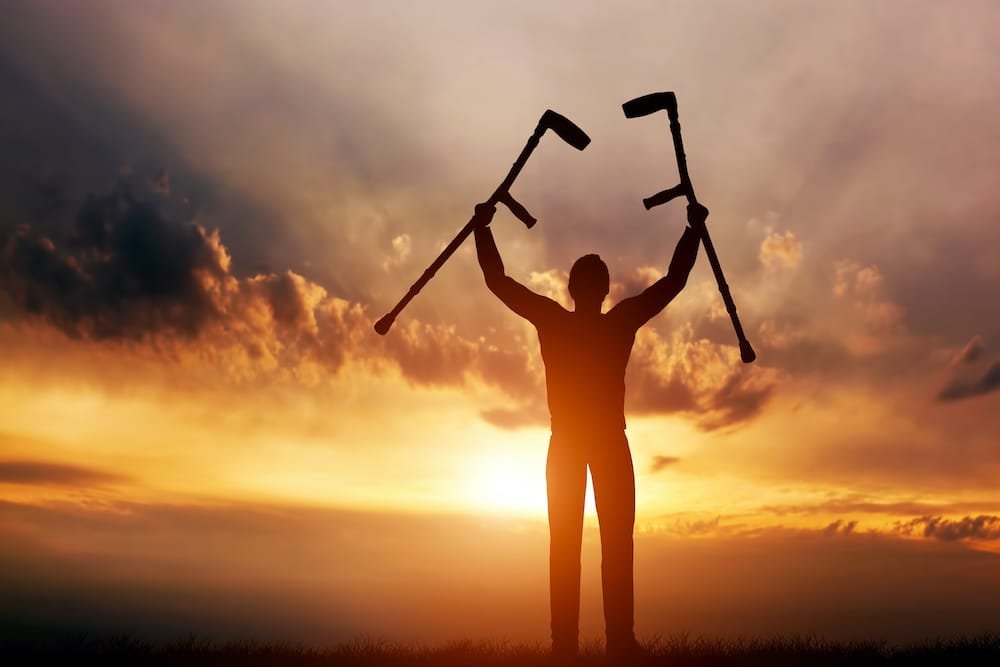 Our patient lives in Guyhirn, near Wisbech, and is married with children. Having had a stroke earlier in the year, he was admitted to our team at Askham on May 26, 2021, for rehabilitation.

The left-sided thalamic intracranial haemorrhage left him with speech deficits, as well as difficulties with active movement in his right upper and lower limb.

Following our assessments, it appeared that he was also struggling with functional activities and tasks, and as a result, needed further neuro rehab to try and improve them.

Upon his admission to our rehabilitation centre, each team assessed him (clinical psychology, occupational therapy, speech & language therapy and physiotherapy). Following on from the assessments, we felt collectively as a team that he required ongoing rehab in all four areas.

In addition to getting fit again, his main goals involved walking, speaking, being able to return home to his family and – at some point – returning to work.

Sara Neaves, our clinical lead and outpatients service manager, supported him throughout his treatment, and has since told us about her experience.

“He was so incredibly motivated. He wanted to be active all the time, and wanted exercise programmes to continue his therapy when he wasn’t in sessions,” she said.

“He was always pushing himself; once, he said ‘I’m bored’ – and this gave us the opportunity to face a new challenge and think outside the box to come up with engaging ideas and activities.”

His treatment started with very active, functional tasks with occupational therapy and physiotherapy, whilst working on strength training for the lower limbs.

The two teams worked together on his upper limb, with a combination of hands-on therapy, robotics, Saebo and neuro-muscular stimulation.

The occupational therapy team proceeded to work on functional tasks with personal care, and the care team continued this work with facilitating movements and activities.

Meanwhile, the PT team worked on strength training, targeting the pelvis and hip area to aid weight-bearing, and he was soon able to progress to stepping and mobilising.

Additionally, the speech and language therapy team worked with him on oro-motor exercises to aid movement and build tolerance. This involved word formation training, as well as work on sentence structure.

Simultaneously, we started him on an exercise programme, and the psychology team supported him with strategies to help him with his mood.

Throughout his treatment, he made use of our robotics suite. He used the large gym and satellite gyms to support his therapy, and participated in groups and activities. He also used the outdoor spaces to work on different gait patterns and balance work.

We incorporated several of our robotic machines into his treatment, including the Omega Plus. This helped him work on his lower limb strength, control, exercise tolerance and cardiovascular training.

He also made use of the Myro table for coordination and perceptual training, in addition to the Pablo device for core balance and work.

Stroke Rehabilitation Treatment: Reflection, Recovery and Looking to the Future

Commenting on his treatment, Sara said: “He responded to the treatment very quickly, mainly because he was so engaged and motivated to change. His speech also improved very quickly, and he was able to make his needs known. Very soon, he was able to step-transfer with the help of staff and a quad stick.”

When reflecting on the most challenging parts of his treatment, Sara said: “I think the hardest part for him was being so reliant on people initially, as he has always been so independent. He missed his wife and children a lot too.

“However, he was always very motivated and engaged. He would grab anything we asked him to do with both hands and pass it with flying colours.”

The location of his treatment certainly helped with his recovery. He was close to his wife and children, which meant that they could visit very regularly. The quietness and open surroundings also allowed him to venture outside and, towards the end of his stay, he often took himself outside for walks.

Working with our patient has allowed us to incorporate everything that we work towards as a team – from empowering residents to lead in their rehab programme to working towards a completely individualised and holistic approach to care.

After a five-month treatment programme, he can now hold a telephone and have face-to-face conversations using full sentences.

Physically, he left us independently mobile with no walking aid. His mood was brighter, and required no care at home as he had worked so hard on the functional and personal tasks in occupational therapy.

Throughout his stroke rehabilitation treatment, we were granted extra funding for him to remain at Askham so that we could facilitate his independence. We were delighted to successfully achieve this, before discharging him from Askham on October 21, 2021.

Working with him has been incredibly rewarding. We were all able to push ourselves to get the very best out of him – and to see him walk out of the unit with his wife was amazing.

His family supported him constantly throughout, and they are so pleased to have him home. 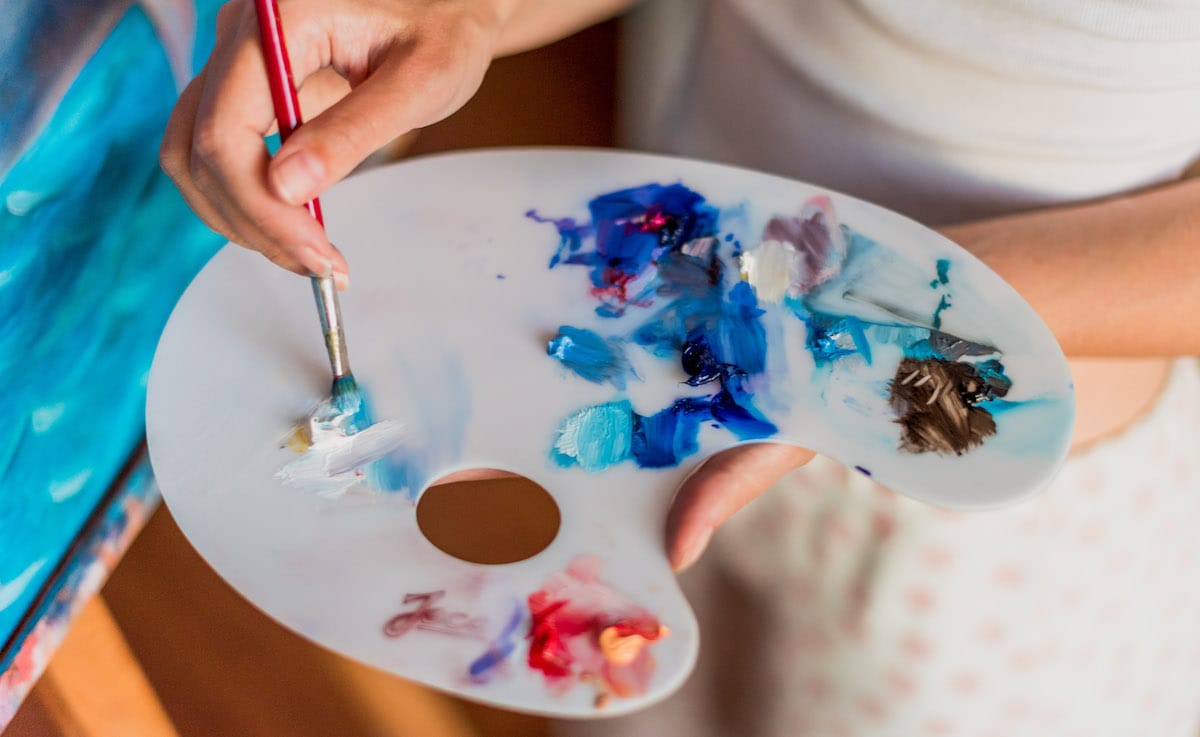 Residents at Devonshire House in Manchester and Cedar Road in the West Midlands will receive music therapy (MT), neurologic music therapy (NMT) and art therapy sessions to support their emotional and psychological wellbeing.

During assessment procedures, additional functional needs were identified in some residents, so NMT techniques are also being incorporated to facilitate opportunities to work towards other goals in joint working with speech and language and physiotherapy.

Cedar Road is a nine-bed residential care home for slower stream, long-stay residents who receive the support they need to enable them to develop and maintain their independence and cognitive skills following a brain injury.

The creative arts therapists use a range of psychological and psychodynamic techniques to support the expression of memories and emotions in ways that do not rely on words. The forming of a therapeutic relationship is key to enabling and empowering individuals to express their emotions, manage overwhelming feelings and to process traumatic memories, safely.

Both individual and group sessions are used depending on the needs of the people supported.

Louise Houghton, ABI placements manager at Voyage Care, said: “Voyage Care is centred on social rehabilitation. The impact of loneliness and poor mental health, for care home residents, has been highlighted throughout the pandemic, which is why we are extremely happy to be able to provide these services within the already well-established multidisciplinary team and look forward to the positive impact we know it will make to our residents and their emotional needs.”

Claire said: “It’s exciting to have two arts therapy modalities in Voyage Care homes, and being able to incorporate them early on in a new home alongside the multidisciplinary team. It demonstrates the acknowledgement of the importance of arts therapies and the significant role they play in providing emotional and psychological support.”

Jackie said: “It is commonplace, in residential care homes, for long-term residents to experience loneliness to some degree and it’s important we do as much as we can to help reduce such incidences.

“Group therapy has proven itself a great way to promote interaction with others. We have previously delivered group music therapy sessions at Lorenzo Drive to help tackle loneliness, which was a resounding success so I have every confidence this art therapy group will too.”

Since the arts therapies services began in September 2021, attendance to weekly sessions has remained consistently high, reflecting the positive impact sessions are having upon residents’ lives, both emotionally and psychologically. 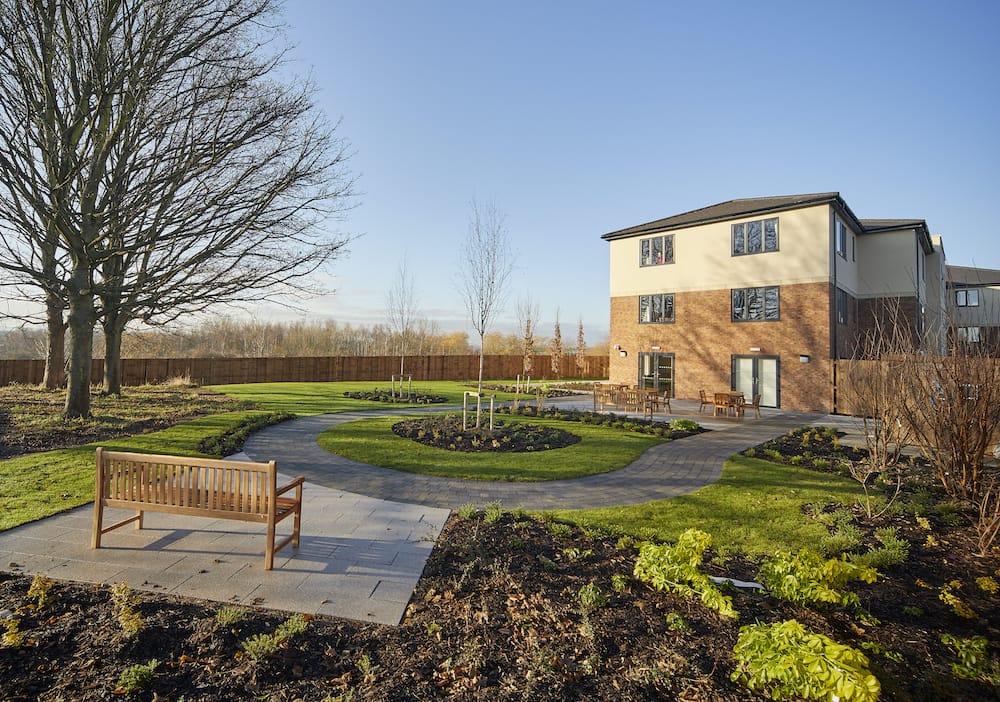 Bennett Court, based on Ash Grove in South Elmsall, will be Exemplar Health Care’s sixth home in West Yorkshire.

Bennett Court has the expertise and facilities to support some of the most complex and acute individuals, who would often be in a hospital setting if not placed with them, enabling them to stay in the community and reducing hospital and secure facility admission.

Bennett Court has the facilities to provide specialist nursing care for people living with neuro-disabilities or neurodegenerative disorders.

The home has 30 large bedrooms, each with an en-suite, across three ten-bed units. All three units have the provision for bariatric care.

This small group living provides a homely and supportive environment, which is more responsive to people’s needs.

Lily Unit is a dedicated unit for those living with dementia.

And the home’s Poppy Unit is a male-only environment which supports up to ten adults living with complex health needs and mixed diagnoses, including neuro-disabilities, brain injuries, physical disabilities and those who have tracheostomies, ventilators and PEG feeds.

Being on the ground floor and with garden access rooms, Poppy Unit is ideal for those living with a neuro-disability.

Other facilities at Bennett Court

Bennett Court has communal dining and living spaces as well as a cafe, therapy room, salon and large accessible garden.

The home hosts a restaurant-style dining menu which is developed with service users at quarterly Food Forums.

This ensures that menus are varied, interesting and available to everyone, taking into account personal preferences, condition-specific and religious dietary requirements.

“This community-based home will provide person-centered care and rehabilitation that focuses on maximising independence, building everyday living skills, and empowering people to live as fulfilled lives as possible.

“It’s extremely rewarding to be able to support 30 local people with complex health needs, and to provide over 150 stable and local jobs for those wanting to be part of a new team where you can make a difference and every day better.”