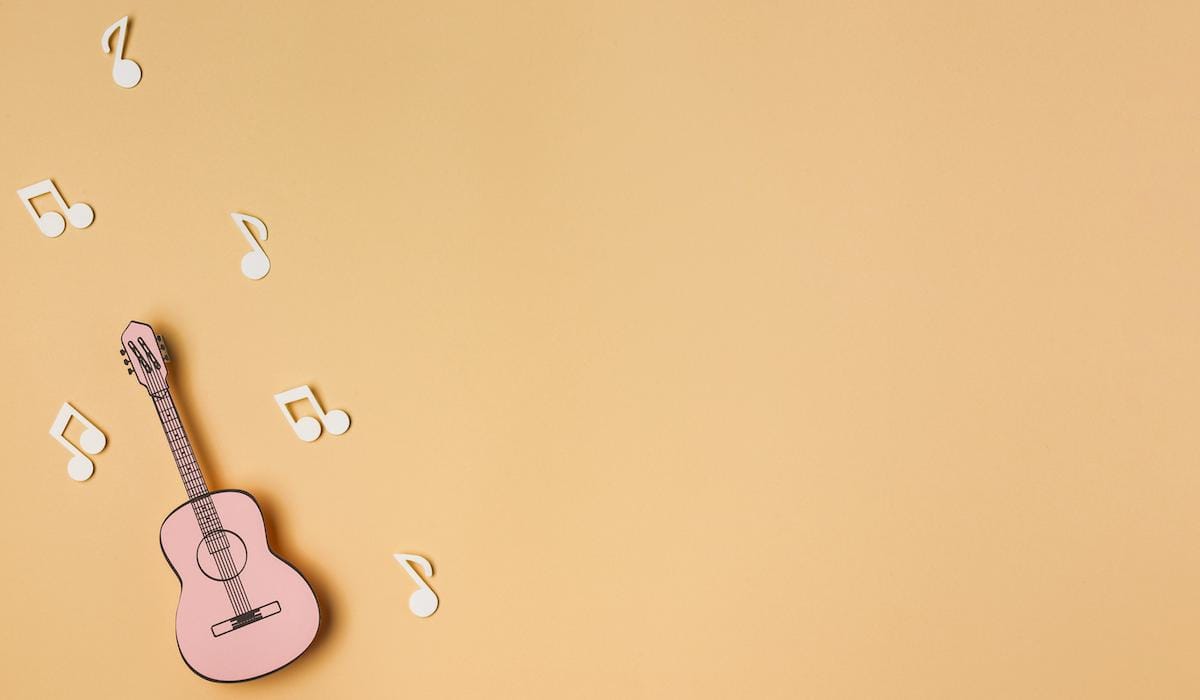 It’s hard to imagine being non-verbal for your entire adult life.

But that was the reality for a client referred to Chroma by Northern Case Management. Suffering an ABI at just 18, now 30 years of age, the young man began Neurological Music Therapy (NMT) sessions with Chroma Neurologic Music Therapist Clare Maddock that notably improved his quality of life.

His injury had resulted in him being unable to communicate verbally. He has always been able to, however, understand language and communicates using a spellboard. It was hoped NMT would offer him a space in which he could freely and independently express himself.

Due to the prolonged period since the injury, it became apparent that any use of NMT techniques may only result in minimal improvement. But the use of Oral Motor and Respiratory Exercises (OMREX), over a 12-week period, proved to be the perfect rehabilitation technique to help him find his voice.

OMREX, an intervention designed to enhance articulatory control, respiratory strength and the function of speech apparatus often via the use of wind instruments, helped him re-discover the autonomy and ability to express himself which he lost when he was injured aged just 18.

Clare said: “When expressing yourself verbally is not possible, using music can be very important, as it’s a medium where you don’t use words. There is no pressure to try and find the words to say and everyone is very much equal…It’s a totally private space to express thoughts and feelings which is very valuable to the client.”

His enthusiasm for his new-found passion led him to communicating via his spellboard, how: “I am looking forward to writing my own music, making my own lyrics to express myself”.

Clare continued: “His progress in just 12 weeks clearly showed he was ready to express himself”.

Clare has also made sure she has worked closely with the client’s case manager to ensure NMT is supporting the work of his other therapists.

Clare said: “Working as part of the MDT expedites the improvements we all make individually, we learn a lot from each other. It’s a powerful way to amplify the benefits of independent work collectively.”

OMREX uses a mixture of familiar music and improvisation, enabling the client to work on breath control and increase the duration of play, both of which also play a fundamental role in his Speech and Language sessions.

Looking to the future, the client has expressed how he would love to play the harmonica independently. For this, his physiotherapist is helping him to practice whistling. Small signs of improvement have already been seen there.

In this case, NMT, even having been implemented over a decade after injury, has helped increase confidence in self-expression, communication as well as given a new found optimism for the future.

This is a success story of hope, clearly demonstrating what can be achieved when the right rehabilitation techniques are implemented on an individual basis.

The Continuum of Rehabilitation for Children with SCI

After being injected with stem cells, patients reported an improvement with their motor skills

For more than half of the patients, substantial improvements in key functions — such as ability to walk, or to use their hands — were observed within weeks of stem cell injection, the study from Yale University reports.

No substantial side effects were observed, they added.

The patients had sustained non-penetrating spinal cord injuries, in many cases from falls or minor trauma, several weeks prior to implantation of the stem cells.

Their symptoms involved loss of motor function and co-ordination, sensory loss, as well as bowel and bladder dysfunction.

The stem cells were prepared from the patients’ own bone marrow, via a culture protocol that took several weeks in a specialised cell processing centre.

The cells were injected intravenously in this series, with each patient serving as their own control. Results were not blinded and there were no placebo controls.

Key investigators of the Sapporo team, Osamu Honmou and Masanori Sasaki, both hold adjunct professor positions in neurology at Yale.

Professor Kocsis and Professor Waxman stress that additional studies will be needed to confirm the results of this preliminary, unblinded trial.

They also stress that this could take years, but despite the challenges, remain optimistic.

“Similar results with stem cells in patients with stroke increases our confidence that this approach may be clinically useful,” notes Professor Kocsis.

“This clinical study is the culmination of extensive preclinical laboratory work using MSCs between Yale and Sapporo colleagues over many years.”

“The idea that we may be able to restore function after injury to the brain and spinal cord using the patient’s own stem cells has intrigued us for years,” adds Professor Waxman.

“Now we have a hint, in humans, that it may be possible.” 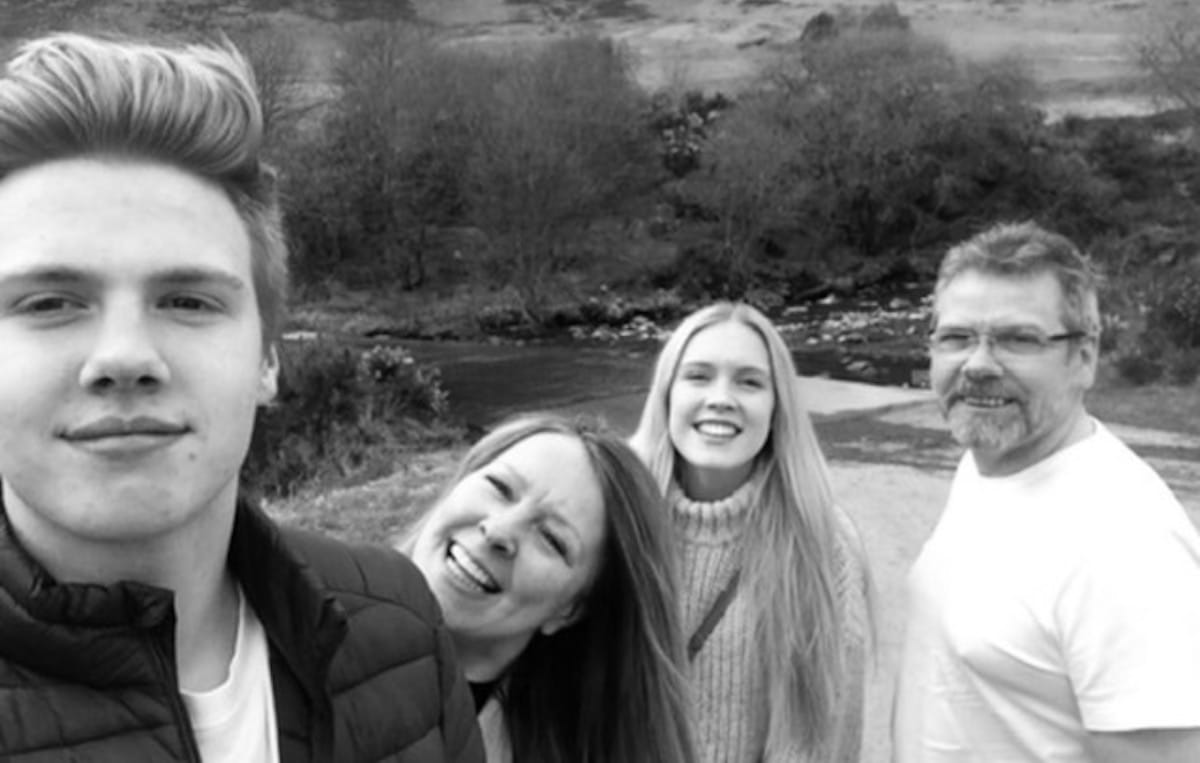 Fraser Millar and his family

A family whose beloved husband and father had a stroke are fundraising for the neurological centre where he currently resident, after being impressed by the “amazing” standards of care.

Woodlands, a level two neurorehabilitation centre which is part of Active Care Group, specialises in maximising recovery and independence and sets patients rehabilitation goals that promote re-enablement and enhance quality of life.

Now, Fraser’s family – wife Debs and children Alex and Ryan – are fundraising on behalf of Woodlands, to purchase therapy equipment which will benefit people who are undergoing rehabilitation at the centre.

To remember the long walks Fraser and Debs used to enjoy so much, Debs and daughter Alex are walking the equivalent 230 mile distance from York to Perth in Scotland, where Fraser is from.

Having set a target of £500, the total now stands at over ten times that amount, with over £5,680 being raised at the time of writing.

Family, friends and work colleague donations have come from as far afield as Canada and Australia, from people inspired by the Millar family’s story, which has been widely shared on social media and is touchingly accompanied by the hashtag #comeondad.

“We feel the team at Woodlands have become extended members of our family, they’ve been amazing,” says Alex.

“One of dad’s hobbies is cooking, he’s an amazing chef and loves to watch cookery programmes on TV in the kitchen at home. Woodlands staff noted this on his arrival day and within 20 minutes dad was watching The Hairy Bikers in his room and he continues to watch various culinary programmes!

“Staff there make a huge effort to make dad comfortable, take great care of his needs and interact with us brilliantly, we’re so thankful and extremely happy he’s having the best care.

“We’re raising money to say a huge thank you and while we’re doing it for dad, it’s great that it will benefit other patients too.”

Debs and Alex initially set a target of completing their walk by March 7, which is Debs’ birthday, but typical of their determination, they had already finished by February 24. Their fundraising target has also been vastly exceeded, with donations continuing to come in by the day.

“We initially thought our family and close friends would help with our fundraising cause, but the charity page was quickly circulated and within hours are target was met and the figure kept rising, we couldn’t believe it! We are incredibly thankful for every donation,” says Alex.

“We feel so touched and overwhelmed to have had such amazing support for dad. We walked the long miles but the generous donations kept us going and without them we wouldn’t be in the position to present Woodlands with the equipment they deserve.” 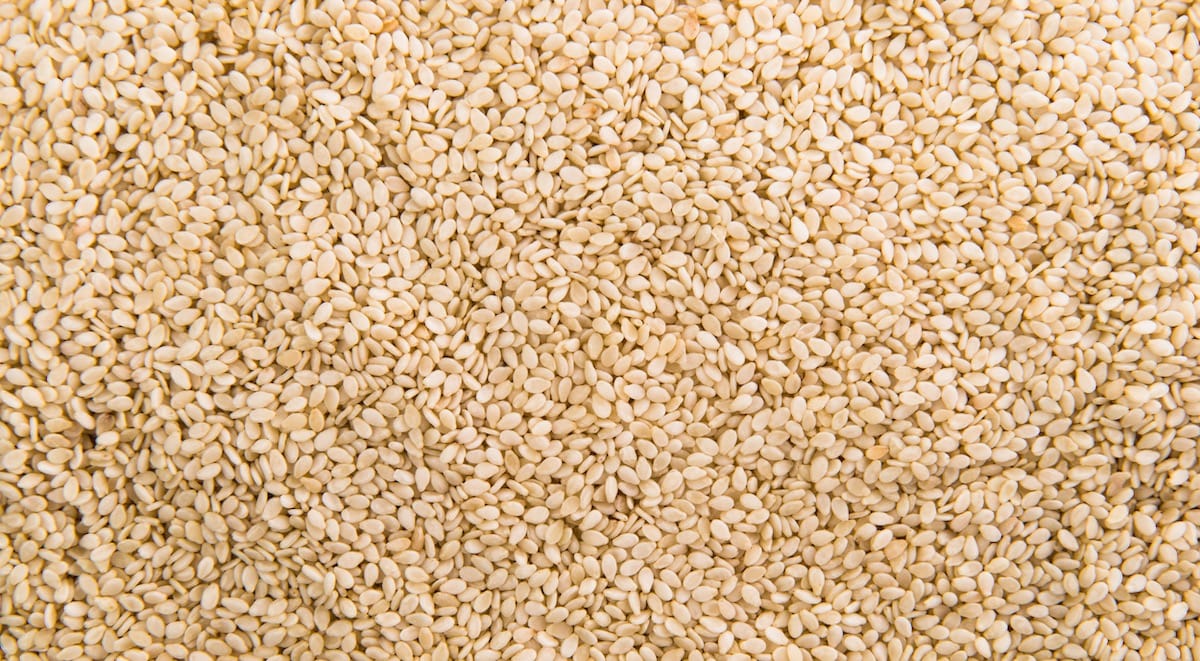 There is currently no cure of Parkinson's, but research like this could help change that

A chemical commonly found in discarded waste from the sesame seed oil manufacturing process could have protective effects against Parkinson’s disease, new groundbreaking research has found.

Sesaminol, abundant in the empty shells of sesame seeds which are discarded after the fatty oils are extracted, could have a role to play in protecting against neuron damage in the brain, researchers from Osaka City University have revealed.

“Currently there is no preventive medicine for Parkinson’s disease, we only have coping treatments,” says OCU Associate Professor Akiko Kojima-Yuasa.

Professor Kojima-Yuasa led her research group through a series of experiments to understand the effects of sesaminol on in vitro and in vivo Parkinson’s disease models.

Parkinson’s disease is caused when certain neurons in the brain involved with movement break down or die due in part to a situation called oxidative stress – neurons in the brain come under extreme pressure from an imbalance between antioxidants and reactive oxygen species (ROS).

The team found in cell-based in vitro experiments that sesaminol protected against neuronal damage by promoting the translocation of Nrf2, a protein involved in the response to oxidative stress, and by reducing the production of intracellular ROS.

In vivo experiments brought Professor Kojima-Yuasa’s team what the University have hailed as equally promising results.

The impairment of movement due to Parkinson’s disease is the result of damaged neurons producing less dopamine than is naturally needed.

The team showed that mice with Parkinson’s disease models show this lack of dopamine production. However, after feeding the mice a diet containing sesaminol for 36 days, the research team saw an increase in dopamine levels.

Alongside this, a rotarod performance test revealed a significant increase in motor performance and intestinal motor function.

With the first-ever medicine for Parkinson’s disease potentially being the naturally occurring food ingredient sesaminol, and this ingredient being found in the naturally occurring waste of the sesame seed industry, Professor Kojima-Yuasa and her team are ready to take their work to the clinical trial phase and connect the consumption/production chain in a way that, as she puts it, “prevents diseases with natural foods to greatly promote societal health.” 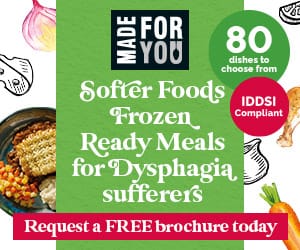