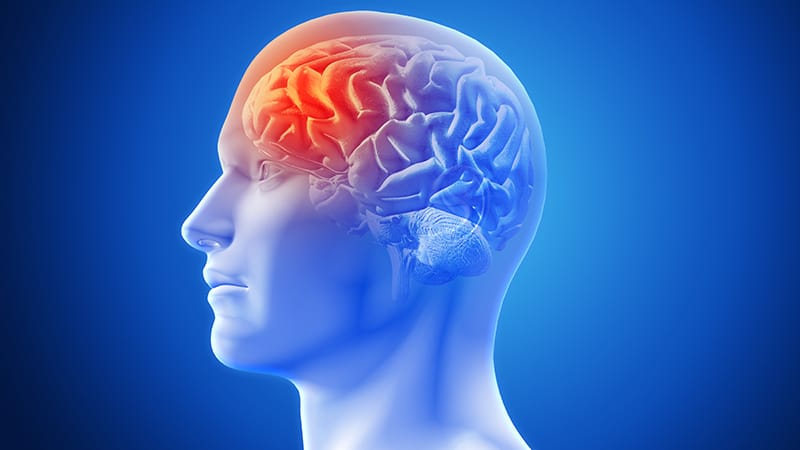 Training stroke survivors to walk at a faster speed during recovery can help improve the brain function that enables people to walk and perform another task simultaneously, known as dual-task walking.

One common effect of stroke is that survivors often struggle to walk and do tasks that involve thinking at the same time, such as walking and holding a conversation, or planning what to do next.

To be able to effectively walk in the community, cognitive effort is needed to navigate safely and deal with distractions, and many people fail to regain this ability after a stroke.

However, through new research led by by academics at Oxford Brookes University and funded by the Stroke Association, the impact of faster walking during recovery has been discovered.

“When we compared slower walkers and people who walked at a faster pace – still slower, but closer to walking speeds we expect to see in people who have not had a stroke – both increased their walking speeds after the training,” said Dr Johnny Collett, senior clinical research Fellow in the Centre for Movement, Occupational and Rehabilitation Sciences at Oxford Brookes University.

“However, those who could walk faster at the beginning of the training also improved their ability to walk and think at the same time.”

Researchers believed that a reason why people struggle with dual-task walking after a stroke may be linked to their walking automaticity. This pattern is linked to the cyclic pattern of walking whereby one step ‘signals’ the next step to follow. If someone walks very slowly this pattern could be disrupted so that walking becomes more like independent steps, rather than a cycle.

As part of the new research, scientists at the University of Oxford used advanced imaging to track how people’s brains responded to the training.

Changes found in the brain supported the findings that people with stroke who walked slower, had a less automatic control of  walking. Those who walked at a faster pace had changes in the brain consistent with adaptations that may be necessary for controlling gait in more complex environments.

“These findings show that, for those who walk slowly, initially focusing on improving walking speed may increase their capacity to improve dual-task walking,” adds Dr Collett.

“Greater consideration of walking automaticity may help to better tailor intervention and direct a staged approach of increasing complexity to make people better able to walk in the community.”

Dr Rubina Ahmed, director for research and policy at the Stroke Association, says: “Stroke strikes every five minutes and has devastating physical and mental impacts. Whilst four out of five stroke survivors recover the ability to walk, most find it hard outside of hospital which has a big impact on their well-being and independence.

“By funding this research our charity has helped to highlight that training focused on walking speeds could be an important part of rehabilitation for some stroke survivors’ recoveries.

“Research like this is key to finding new treatments and improving stroke care, so that stroke survivors can regain the mobility and independence they need to rebuild their lives.”

Risk calculator ‘will save many lives from stroke or heart attack’

Doctors at the Nagoya City University Graduate School of Medical Sciences in Japan explained that the man attended hospital after orgasming, with the sudden onset of a searing headache that lasted for around a minute. This was followed by an intense bout of vomiting.

A CT scan showed an acute subarachnoid hemorrhage in the left hemisphere.

The man was treated with stents and coiling, two techniques used to bolster the blood vessel and maintain blood flow to the brain, and he went on to make a full recovery.

The study authors say that they found just two other cases of masturbation-linked strokes in other scientific literature.

The Japanese man survived and was discharged after nearly two weeks in hospital in an “excellent” condition.

Breakthrough could help to better predict stroke and other cardiovascular conditions earlier. 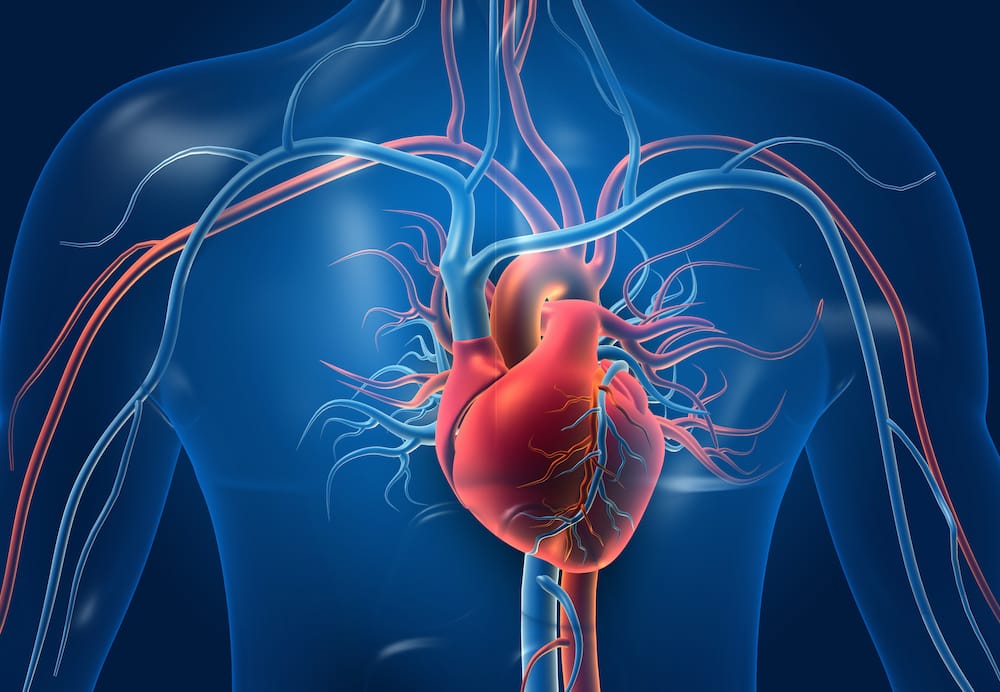 Engineers at the University of California San Diego have developed an ultrasound patch that can be worn on the skin. It monitors the blood flow through major arteries and veins deep within the body.

It is hoped that it could help clinicians diagnose cardiovascular conditions faster. It could also help to diagnose blockages in the arteries which could lead to strokes or heart attacks.

The ultrasound patch continuously monitors blood flow as well as blood pressure and heart function in real-time. Assessing how much blood flows through a patient’s blood vessels could help diagnose blood clots, heart valve problems and poor circulation in the limbs.

For many patients, blood flow is not measured during a regular visit to their doctors. It is usually assessed after a patient shows signs of cardiovascular problems.

The patch can be worn on the neck or chest and can measure cardiovascular signals up to 14 centimetres inside the body non invasively with high accuracy.

How the patch works

The patch is made of a thin, flexible polymer that sticks to the skin.

There is an array of millimetre-sized ultrasound transducers on the patch known as an ultrasound phased array.

These are individually controlled by a computer. Another feature is that the ultrasound beam can be tilted at different angles to areas in the body that are not directly below the patch.

It can operate in two modes. In one, all of the transducers can be synched together to transmit ultrasound waves which produce a high-intensity beam that focuses on one spot.

This can be up to 14cm deep in the body. 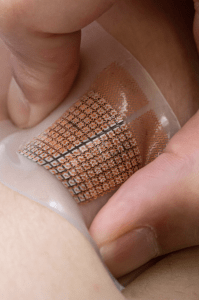 The other mode allows the transducers to be programmed to transmit out of sync producing beams at different angles.

In being able to manipulate the beams, it gives the device multiple capacities for monitoring central organs as well as blood flow with high resolution.

When the electricity flows through the transducers, they vibrate while emitting ultrasound waves that travel through the skin into the body.

When they penetrate a blood vessel, they encounter the movement of red blood cells flowing inside. The cell movement changes how the waves are transmitted back to the patch.

This change is recorded by the patch and creates a visual recording of the blood flow. It can also be used to create moving images of the heart’s walls.

“This type of wearable device can give you a more comprehensive, more accurate picture of what’s going on in deep tissues and critical organs like the heart and the brain, all from the surface of the skin.”

Xu added: “This is a first in the field of wearables because existing wearable sensors typically only monitor areas right below them.

“If you want to sense signals at a different position, you have to move the sensor to that location. With this patch, we can probe areas that are wider than the device’s footprint. This can open up a lot of opportunities.”

The researchers say that the easy to use patch could allow patients to wear the patch and monitor the results themselves. It doesn’t depend on a technician to read the results

The patch is not yet ready for clinical use. The researchers are currently working on a way to make the electronics wireless as it currently needs a power source and benchtop machine.

Vocal music boosts the recovery of language functions after stroke 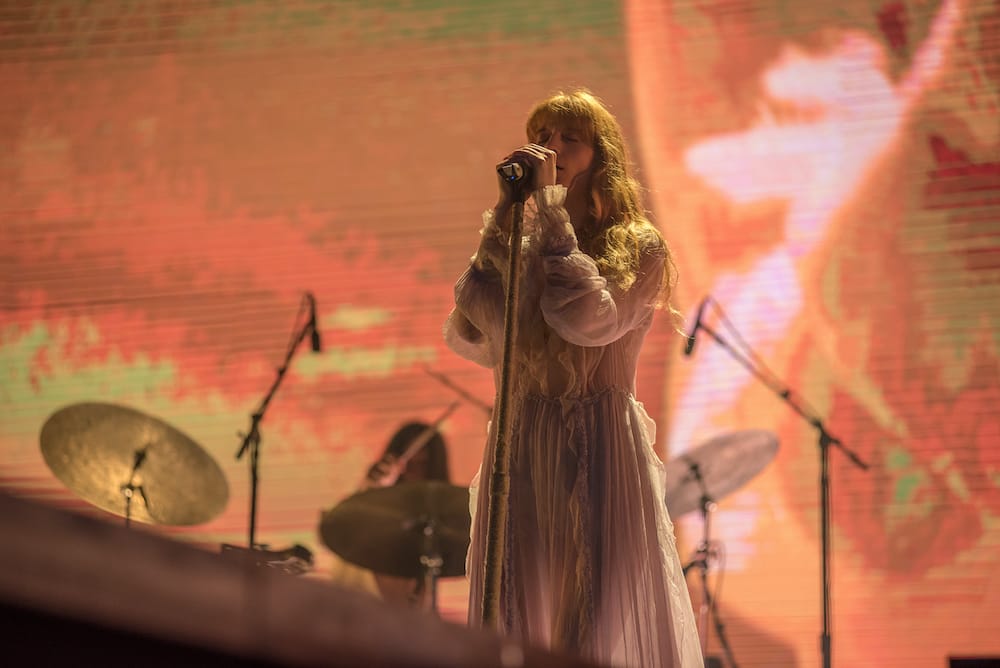 Florence and the Machine perform at the Electric Castle festival in Romania in 2019.

Research has shown that listening to music daily improves language recovery in patients who have experienced a stroke. However, the neural mechanisms underlying the phenomenon have so far remained unknown.

A study conducted at the University of Helsinki and the Turku University Hospital Neurocenter compared the effect of listening to vocal music, instrumental music and audiobooks on the structural and functional recovery of the language network of patients who had suffered an acute stroke

In addition, the study investigated the links between such changes and language recovery during a three-month follow-up period.

Based on the findings, listening to vocal music improved the recovery of the structural connectivity of the language network in the left frontal lobe compared to listening to audiobooks.

These structural changes correlated with the recovery of language skills.

Postdoctoral researcher Aleksi Sihvone says: “For the first time, we were able to demonstrate that the positive effects of vocal music are related to the structural and functional plasticity of the language network.

“This expands our understanding of the mechanisms of action of music-based neurological rehabilitation methods.”

Aphasia, a language impairment resulting from a stroke, causes considerable suffering to patients and their families.

Current therapies help in the rehabilitation of language impairments, but the results vary and the necessary rehabilitation is often not available to a sufficient degree and early enough.

“Listening to vocal music can be considered a measure that enhances conventional forms of rehabilitation in healthcare. Such activity can be easily, safely and efficiently arranged even in the early stages of rehabilitation,” Sihvonen says.

According to Sihvonen, listening to music could be used as a cost-efficient boost to normal rehabilitation, or for rehabilitating patients with mild speech disorders when other rehabilitation options are scarce.

After a disturbance of the cerebral circulation, the brain needs stimulation to recover as well as possible. This is the goal of conventional rehabilitation methods as well.

“Unfortunately, a lot of the time spent in hospital is not stimulating. At these times, listening to music could serve as an additional and sensible rehabilitation measure that can have a positive effect on recovery, improving the prognosis,” Sihvonen adds.